Ahead of the prestigious Tusk Conservation Awards, which will celebrate the awards’ 10th year at London’s Hampton Court Palace on Tuesday 1st November, Tusk is delighted to announce the recipient of the Tusk Wildlife Ranger Award – Neddy Mulimo. Sponsored by the Nick Maughan Foundation, the award gives international recognition to the men and women who face danger day and night to protect Africa’s wildlife. This danger has been brought into sharp relief by findings from the Game Rangers Association of Africa Roll of Honour, revealing that over 100 African wildlife rangers were killed in the line of duty in the last year alone.

Based in Zambia, Neddy Mulimo has played a crucial role in developing anti-poaching operations in the region, for over 35 years. Throughout the decades, he has made great personal sacrifices, including long periods away from his family, going without rations for his team, putting his own personal safety on the line during night patrols against heavily armed poachers, and many fights with malaria. Neddy’s commitment to conservation goes much further than his field work – he has been at the heart of improving ranger tactics and working conditions, mentoring young up and coming rangers, and working with communities to build strong relationships and gather intelligence.

Neddy is an incredibly respected figure and well-known in the local communities that he operates within, acting as a vital link between Game Rangers International (GRI) and the people that live in and around the national park.

Neddy Mulimo says: “First and foremost, I believe I should protect other people and the wildlife around me. I accept the challenges presented to me. I know I should always find an answer to the problem. If these animals are not taken care of and left to these selfish men who shoot them for money, for sure, in generations to come we’ll have no animals.”

Launched by Prince William in 2013, The Tusk Conservation Awards, in partnership with investment manager Ninety One, proudly celebrates the work of leading African conservationists, like Neddy.

After completing 12 months of military training under the Zambia National Service, Neddy was employed by the Wildlife Conservation Society and worked at Tree Tops Conservation School Camp in Kafue National Park.

There, he met senior officers in the National Parks and Wildlife department (now DNPW), who asked him to join the department as a scout in early 1985. Neddy worked for seven years across many parks across Zambia, including Mumbwa, before being moved to the Blue Lagoon National Park in the hope that he would be able to help with the serious levels of poaching occurring there. He went on to be fundamental in the creation of new law enforcement strategies, which helped significantly increase arrests and reduce poaching in the area, earning him his long-term nickname: ‘Neddy of Blue Lagoon’.

Following this, in 2007, in recognition of his expertise and success, the department requested he return to Mumbwa to co-ordinate all anti-poaching operations in the region, including Kafue National Park. In 2012 he met Sport Beattie, CEO of Game Rangers International who had set up a Specialist Anti-Poaching Unit (SAPU) in 2008 in conjunction with DNPW – a highly successful, elite and targeted intelligence ranger unit. Sport convinced Neddy to come onboard and run the SAPU units, the position he holds to date.

Charlie Mayhew MBE, Chief Executive of Tusk, commented: “Neddy is a truly exceptional ranger. For 36 years he has dedicated his life to conservation, and it shows in the passion and drive with which he does his job. We’re delighted to be able to thank Neddy for his endless dedication to the conservation of Africa’s wildlife with this award.”

TV adventurer and Tusk ambassador, Bear Grylls added: “Through my ambassadorial role and involvement with the Tusk Wildlife Ranger Challenge, I have seen first-hand how Africa’s rangers put their lives on the line in defence of wildlife, despite resources stretched to the extreme. Neddy Mulimo is an inspiration, both to rangers across Africa, and to every one of us that values the natural world.”

Nick Maughan, founder of the Nick Maughan Foundation, stated further: “Neddy’s dedication to wildlife conservation has been essential in protecting some of Zambia’s most endangered species, including the endemic Kafue Lechwe. The respect he commands amongst his peers is testament to the work he has done over the years with passion and humility. Thank you Neddy, for your dedication and commitment to preserving wildlife for generations to come.” 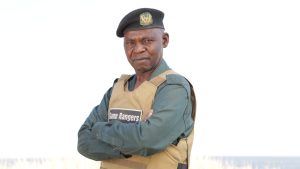 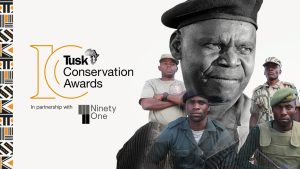