The announcement follows the Government’s consultation on a UK ivory sales ban, which attracted more than 70,000 responses, making it one of DEFRA’s biggest consultations ever. Tusk is grateful to all its supporters that submitted responses through the banukivorysales.co.uk website, which represented the views of Tusk and other members of a wider coalition* that worked together on this issue. An incredible 88% of respondents were in favour of the ban.

Tusk’s Chief Executive, Charlie Mayhew said, “We are delighted that the Government has listened to our concerns and given the overwhelming public response to their consultation is now moving decisively to introduce tough legislation to ban the trade in ivory in the UK. The narrowly defined exemptions are pragmatic. The ban will ensure there is no value for modern day ivory and the tusks of recently poached elephants can not enter the UK market. We welcome the fact that Ministers are sending such a clear message to the world that the illegal wildlife trade can not be tolerated and every effort will be made to halt the shocking decline in Africa’s elephant population in recent years.”

The tightly defined exemptions cover items that are widely recognised as not contributing to recent poaching of elephants, and ensure that the ban is the toughest in Europe and one of the toughest in the world. Items covered by the exemption include:

– Musical instruments with less than 20% ivory and made before 1975
– Items (e.g. furniture) with less than 10% ivory by volume and made before 1947
– Items sold to and between accredited museums
– The rarest and most important items of their type that are at least 100 years old and assessed by specialist institutions
– Portrait miniatures that are painted on thin pieces of ivory that are at least 100 years old

This proposed UK ban, which will be introduced with primary legislation, comes ahead of the Government hosting the fourth international conference on the illegal wildlife trade, which returns to London in October for the first time since they instigated the first such gathering of global leaders in 2014. The illegal wildlife trade is estimated to be worth in the region of $20billion per annum – making it the fourth largest criminal activity after drugs, arms and human trafficking.  Africa’s elephant populations have crashed by 70% from 1.3m in 1979 to less than 400,000 today.  Current data suggests that 20,000 elephants are being killed each year for their ivory.

Tusk has been actively working with DEFRA to support the global leadership that the UK Government has shown on tackling the illegal wildlife trade since 2014 and the Charity remains a partner in the UK military’s efforts to introduce interception tracking techniques to wildlife rangers in Africa. Tusk has also been a recipient of two significant grants provided by the UK Government’s Illegal Wildlife Challenge Fund that we have invested in anti-poaching initiatives in Africa. 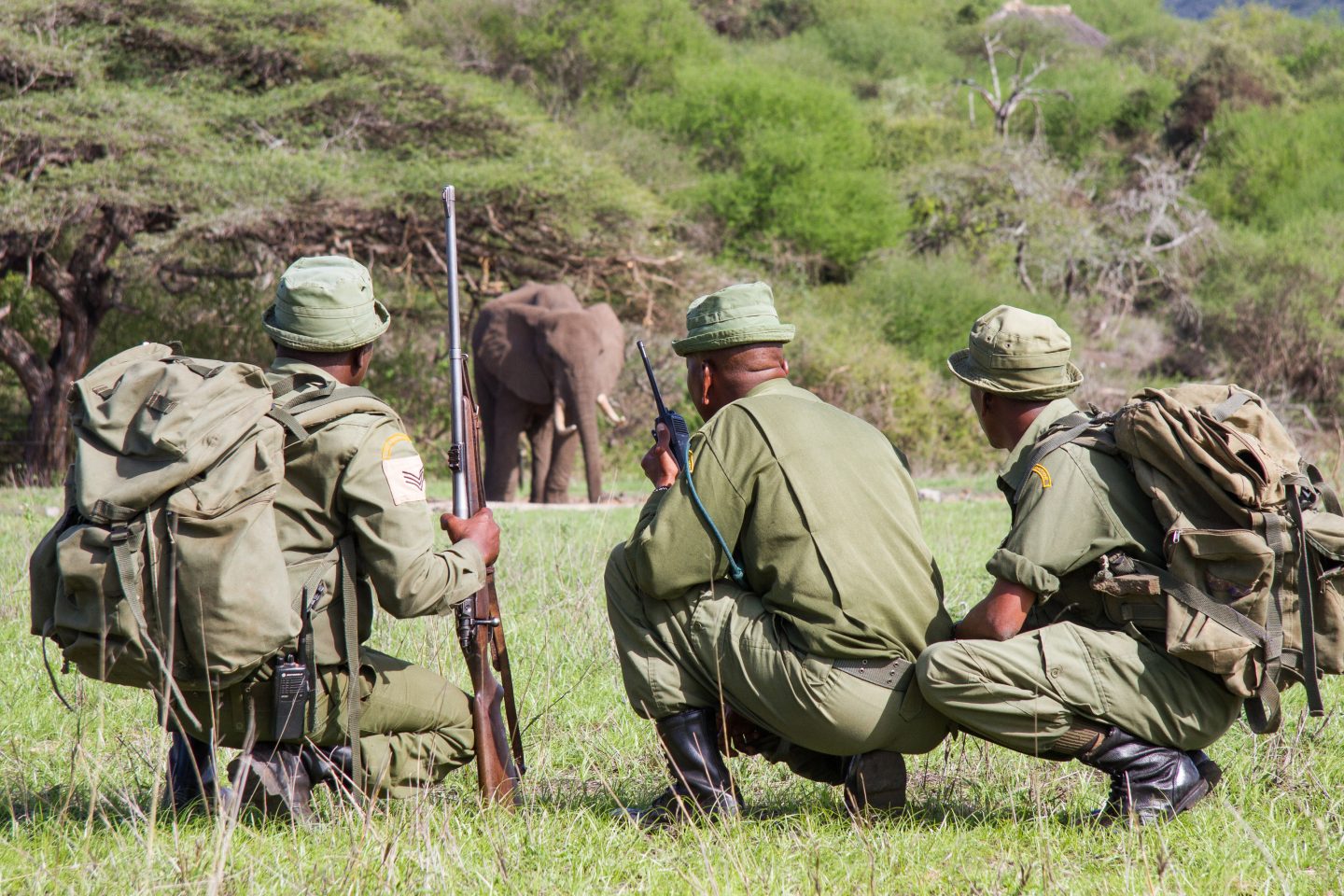 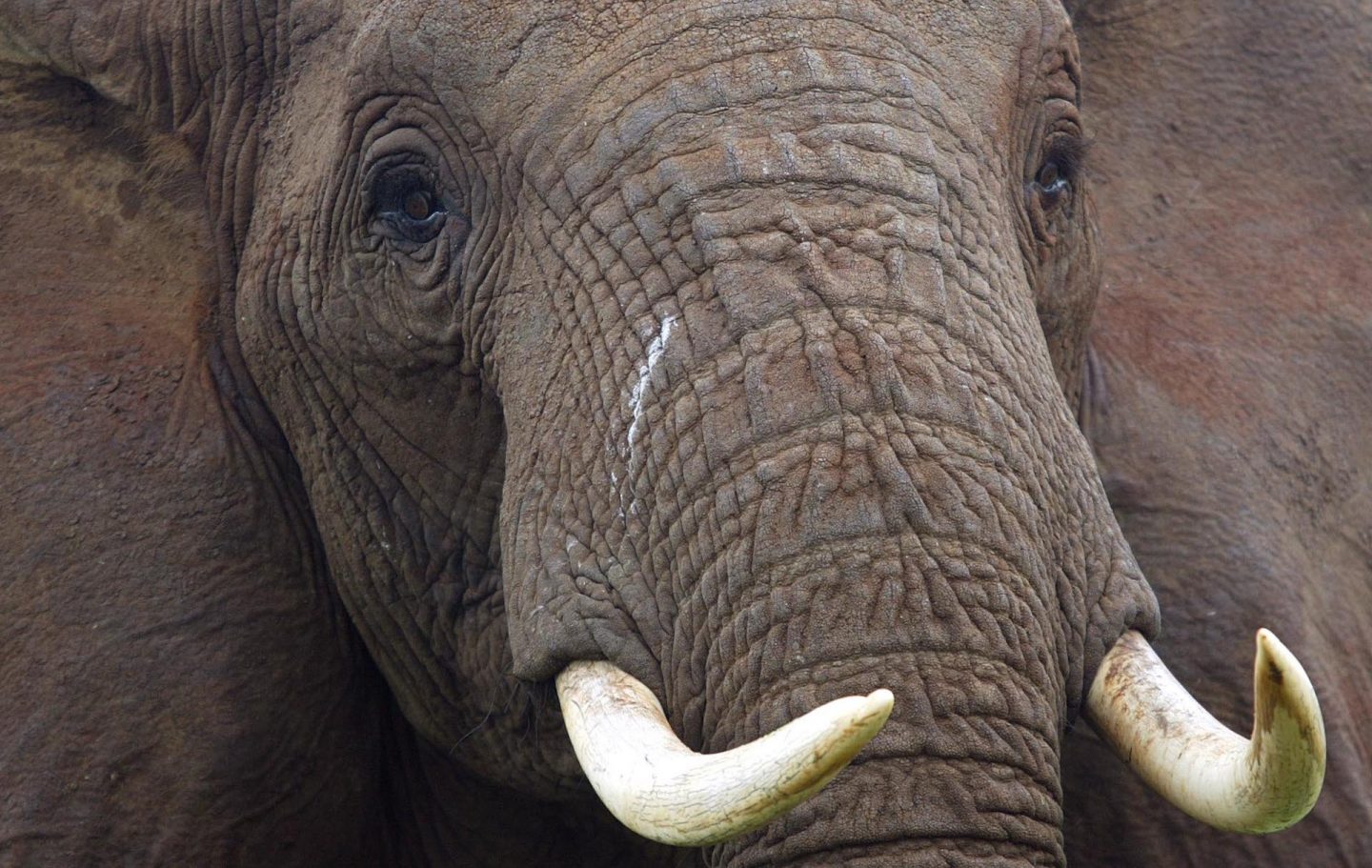 The African Elephant population has decreased by around 90% in the last century. An estimated 415,000 currently remain. 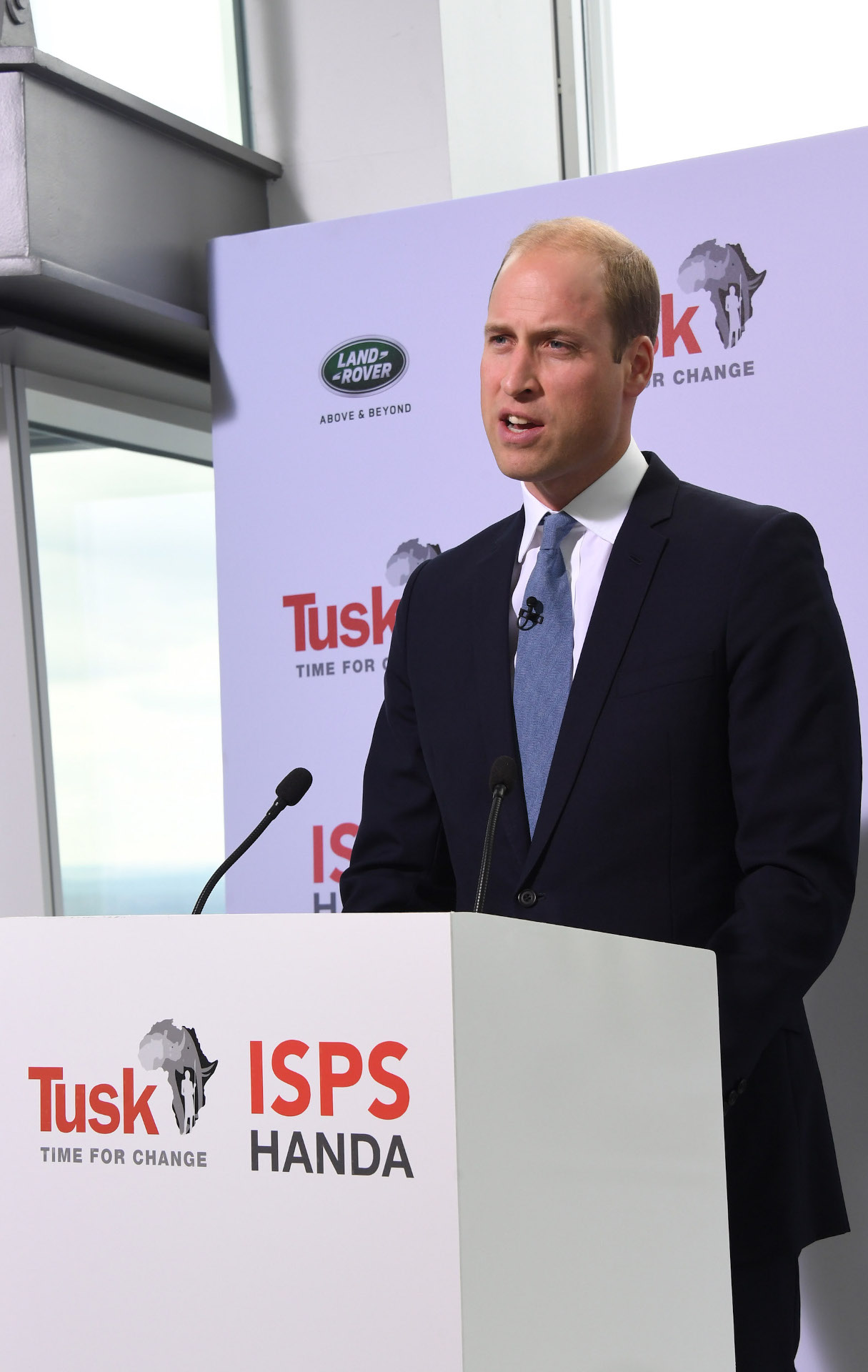 In an impassioned speech broadcast live from The View from The Shard London, Prince William urged an audience of millions worldwide to join him in the fight to save the elephant and rhino.