For the first time, the International Union for Conservation of Nature (IUCN) has recognised the African elephant as two separate species – the forest elephant and savanna elephant.

In an update of its “Red List” of threatened species, IUCN highlighted the broad deterioration of the situation for elephants in most of Africa, and found that both species are threatened with extinction.

The number of forest elephants in the wild in Africa had fallen by more than 86 percent over three decades, and were now considered “critically endangered” – just a step away from becoming extinct, it said.

The population of the African savanna elephants had meanwhile decreased by at least 60 percent over the past 50 years, IUCN said, with the Red List now listing that species as “endangered”.

Previously, elephants on the continent were assessed as a single species considered vulnerable, but not endangered.

“The reclassification of both forest and savannah elephants is long overdue”, says Tusk’s CEO Charlie Mayhew. “The new listing by the IUCN reinforces what has been public perception for decades, that African elephants are facing extraordinary threats and that the species warrant targeted and exhaustive conservation action. We hope this classification also leads to extra attention and conservation action for forest elephants, which have been overlooked for too long.

“The move reaffirms the importance of the investment we and our colleagues have put into the species’ conservation for over thirty years and reinforces the urgent need for ongoing and enhanced efforts in elephant protection.

“Tusk welcomes the re-listing of these keystone species in this critical year for conservation. As governments gather to set important new targets for tackling climate change and protecting the planet’s rapidly declining biodiversity, elephants can receive the priority they deserve.”

Just half a century ago, around 1.5 million elephants roamed across Africa, but in the most recent large-scale assessment of population numbers in 2016, there were only around 415,000 remaining. 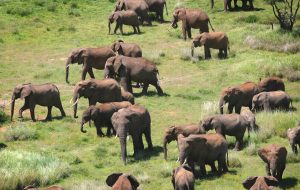 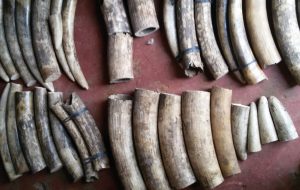