Pulling a thick wad of notes from her pocket, a woman from the Guengo community proudly shows off the rewards of her hard work. The vegetable patch she’s been tending daily is filled with healthy lettuce heads, soon to be sold for a profit at the local market, generating yet more funds.

“Is that for me?” jests Miguel Gonçalves playfully, raising laughter from other women in the field who are enviously competing to replicate their neighbour’s success.

Joking aside, the project has been yielding pleasing results for communities on the fringes of southern Mozambique’s Maputo National Park. Designed to halt the over-exhaustion of soils by introducing a system of crop rotation, it’s one of several initiatives Miguel has helped set up in his role as park warden.

Combining a terrestrial area running south to the border with South Africa and a coastline washed by the Indian Ocean, the Maputo Special Reserve and Ouro Partial Marine Reserve were amalgamated in 2021 to create a 1700 km² protected area managed through a partnership agreement signed between Mozambique’s National Administration for Conservation Areas and Peace Parks Foundation.

Giving me a potted history of the former hunting concession turned preservation area on a drive from his newly rebuilt headquarters, Miguel describes how landmines and poaching stemming from Mozambique’s civil war almost wiped out the local population.

“Prior to 2010, you couldn’t really see anything,” he says, as several dark-skinned animals, once thought to be a sub-species, slink by. But better protection and the establishment of wildlife corridors has seen numbers rise to a point that’s almost problematic.

“Elephants are beautiful if you know you’re going to have breakfast, lunch and dinner guaranteed,” sighs Miguel, referencing ongoing problems of space management and crop raiding. “If you don’t, they’re an issue.”

One of the biggest challenges he faces is managing wildlife alongside fishing and subsistence farming communities residing within or on the outskirts of the park.

Emphasising the importance of “building a trust relationship,” he says, “people who didn’t like me now call me friends.”

We drive past the site where he built a small school several years ago. Although nothing grand, it played a significant role in changing attitudes.

“You think big all the time but it’s the small things that bring you into contact with people,” says the 49-year-old family man who, preferring to steer clear of any limelight, humbly plays down his contributions.

But behind the scenes he’s become a motor, driving the success of the newly formed park with work that started as a marine biologist, mapping coral reefs and investigating the ornamental fish trade.

Instrumental in composing an application for the park to earn UNESCO World Heritage status, his work is also raising the profile of Mozambique.

“This place is unique,” he enthuses, citing the rare opportunity to watch humpbacks breaching in the Indian Ocean and elephants grazing in the dunes.

Although of Portuguese descent, Miguel was raised in Maputo during the civil war and considers himself thoroughly Mozambican – despite his country’s ongoing difficulties and his unfaltering loyalty as a lifetime supporter of Liverpool FC.

“What’s important is the park and people around. The rest I can’t fix. But I give 100% every day.” 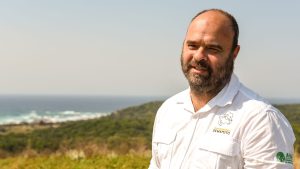 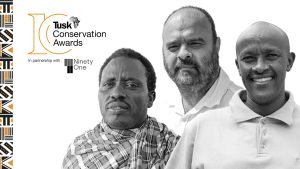