Under pressure, it’s hard to think clearly – especially when lives are potentially at risk. But danger didn’t even cross Neddy Mulimo’s mind when he took a split-second decision to apprehend a band of poachers.

Dressed in civilian clothes, the fearless ranger was supervising the construction of mud houses in Zambia’s Lukanga swamps when he encountered the criminals. Convincing them he too was involved in the illegal wildlife trade, he lured them into a trap eventually leading to their arrest.

“I was awarded Scout of the Year,” recalls the ranger 32 years later, when we meet at the Game Rangers International base in Kafue National Park.

The daredevil episode is one of several stories drawn from the veteran 66-year-old’s dynamic career. Smart and astute, he combines a talent for quick thinking with dedication, a passion for wildlife and a strong sense of loyalty to his fellow rangers.

Coaxed out of retirement at 55, he now works as Senior Ranger Support Manager for Zambia’s Specialist Anti-Poaching Units (SAPUs).

“When they asked, I said I still have energy,” he says, reflecting on the appointment. “It is my passion. My aim is to conserve or protect natural resources until such a time that I’m completely tired.”

To date, Neddy’s achievements have been impressive: under his watch 570 firearms have been confiscated, 2,660 snares removed, and 1,250 poachers stopped in their tracks.

But being a ranger wasn’t an obvious path for the son of a truck driver and housewife, who grew up in Lusaka. After leaving school, 12-months of military training primed him for work in the field, arming him with a problem-solving approach many of his superiors had never seen before.

While working at the Blue Lagoon National Park, for example, he came up with the idea of building trenches to ambush poachers in the flat landscape. He helped secure suitable rations for scouts on patrols and worked alongside the Department of National Parks and Wildlife to ensure teams were properly armed.

Witnessing the extinction of white rhino in Kafue National Park set him on a lifelong mission to protect wildlife – particularly the endangered Kafue lechwe, an endemic antelope.

“For some people it’s a story they hear; me, I physically saw those animals,” he says, as we drive along a dirt track passing several temporary fishing settlements encroaching on the park boundaries. “Before, it was possible to see hundreds of Kafue lechwe. Now you can drive for an hour and only find a few.”

Emphasising the value of wildlife to the economy, Neddy believes conservation is a fundamental human responsibility.

Quoting the Bible, he says: “Man’s first job was to take care of God’s creation, the natural resources, to use these wisely and not finish them.”

Not everyone in his family, however, initially shared the same enthusiasm.

The father of five admits his wife had her doubts, “but she came to understand this man loves nature.”  In return, Neddy spends his days off taking care of his wife’s 200 chickens and tending to the family farm.

Whether providing for his immediate family or scouts in the field, he always approaches tasks with an unwavering sense of duty.

“I enjoy taking care of rangers and making sure they have everything they need. They should never feel abandoned. They should always feel highly regarded,” he insists.

“When I look back on my career, I’m proud to be a shining example to other rangers. I want people to join me and understand why resource protection is the best career anyone could discover.” 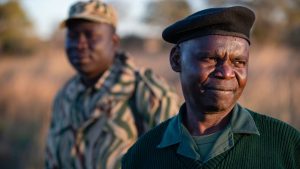 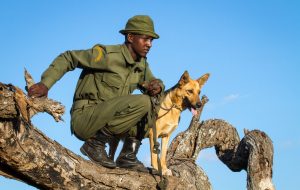 Find out more about past winners