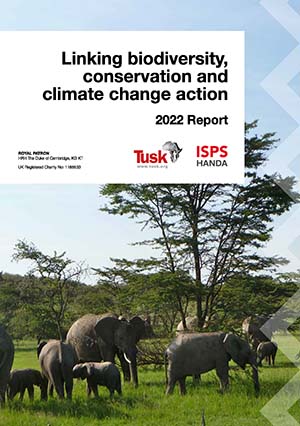 Climate change and biodiversity loss are two major environmental challenges of our time. New research published today ahead of the UN Biodiversity Conference in April shows these issues are interwoven.

Where historic research has focused on the roles of plants and soils, today’s report published in Current Biology shows that large, iconic animals, such as the elephants and rhinos roaming Africa, play a vital role in helping their ecosystems resist and recover from the impacts of climate change.

The research, commissioned by African wildlife conservation charity Tusk and sponsored by ISPS Handa, was carried out by academics at the University of Oxford, University of Sussex, and Aarhus University.

The report finds there are three main ways that large animals can combat climate change:

Secondly, large animals can limit the impact of fires by grazing and browsing, creating gaps in vegetation and reducing fuel availability.

Thirdly, large animals can increase the amount of sunlight reflected by the Earth’s surface by shifting vegetation to expose open ground surfaces. This creates strong cooling effects that can mitigate global heating.

Today’s findings come as conservation leaders from across Africa come together for Tusk’s Conservation Symposium in Maasai Mara, to strategise how to build resilient, sustainable conservation organisations that can weather pandemics and other challenging scenarios.

While Africa’s largest animals play a vital role in combatting climate change, their remaining populations are under increasing risk, with animals such as elephants, rhinos and gorillas facing a number of threats to their survival. Threats include habitat loss, poaching, and human wildlife conflict.

To tackle the twin issues of climate change and biodiversity loss, the report identifies the most significant ‘win-win’ opportunities to combat both at the same time.

For instance, by protecting and increasing large animal numbers in temperate, tropical, and sub-tropical grassland ecosystems, we can reduce the intensity and spread of fires, which serves to drive down carbon emissions and create more diverse habitats.

Similarly, by increasing large animal populations in tundra ecosystems (treeless regions found in the Arctic and on the tops of mountains), soils become more exposed to cold air which helps to preserve permafrost. This can lead to a reduction in greenhouse gas emissions and an increase in soil carbon stocks.

Likewise, large marine animals play an important role in the fertilisation of phytoplankton, which is estimated to capture 37 billion tonnes of CO2 each year. By protecting our ocean’s largest animals that help fertilise phytoplankton, we can tackle biodiversity loss and climate change adaption at the same time.

Hoping to capitalise on the ‘win-win’ opportunities to combat global heating and biodiversity loss, Tusk has launched its ‘Protect Africa’s Giants’ campaign on World Wildlife Day.

Tusk believes that by investing in projects to conserve, protect and increase populations of Africa’s giants we can safeguard so much more, with large animals playing a vital role in helping their ecosystems resist and recover from the impact of climate change.

Charlie Mayhew, Tusk Chief Executive, says: “In November, we saw world leaders come together at COP26 to find solutions to the ecological crisis facing the planet. Today’s findings show just how important Protecting Africa’s Giants is to that goal. Identifying ‘win-win’ opportunities to tackle both biodiversity decline and climate change is deeply encouraging.

“Africa’s most iconic animals are under increasing threat from poaching, habitat loss, and human wildlife conflict. We hope that our appeal to protect elephants, rhinos and gorillas from these major challenges will go some way towards raising awareness of their intrinsic role in their ecosystems.”

Dr Susan Canney, Tusk Board Member and co-author of the report, says: “Ecosystems require all elements of the web of life (animals, plants, soils, ocean sediment etc) in order to function optimally. Research is increasingly demonstrating the value of diverse, intact ecosystems and their ability to deliver multiple benefits, including climate change and biodiversity loss mitigation.”

Dr Haruhisa Handa, Founder and Chairman of ISPS Handa, says: “This report is further evidence that combatting biodiversity loss must go hand in hand with reducing carbon emissions in our efforts to inhabit the planet in a more sustainable way.” 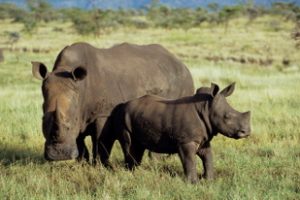 Donate to our Spring appeal 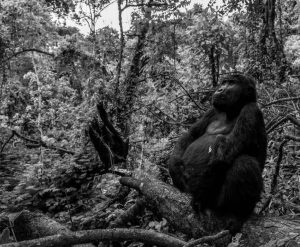