The Living with Wildlife Appeal raised funds to upskill local communities and create new livelihood opportunities which can lift people out of poverty and protect wildlife. All the supporters from Tusk and Send a Cow were incredibly generous, and the appeal significantly exceeded our original fundraising target: £2,656,200 was raised by the two organisations, including £1,247,233 of match funding from the UK government.

The money will be used to train families on how to grow their own food and establish sustainable ways of making a living while also funding vital conservation work in the community.

Through the ground-breaking new project, Send a Cow will train over 7,000 families living around Murchison Falls National Park to grow their own crops so that they can have nutritious food to eat, all year round. As Julius Adubango, Send a Cow’s project co-ordinator explains:

“If we support the farmers around Uganda’s Murchison Falls National Park, we can give more protection to the wildlife living within it. This programme was designed to tackle the root causes of poverty in some of my country’s most vulnerable rural communities. I grew up near to Pakwach, which is one of the sub-counties we will be working in, and have seen how poverty threatens the local environment on a daily basis, and leads people to hunt for bushmeat to feed their families.”

Through Tusk’s partnership with the Uganda Conservation Foundation (UCF), families and young people in the area will also be supported to start their own small businesses and learn vocational skills, such as agroforestry and construction, to help them find sustainable ways of making a living that don’t endanger wildlife. This will enable people living around Murchison Falls to break the cycle of poverty permanently and will mean that they are no longer pressured to hunt within the National Park, helping to protect endangered wildlife such as the Rothschild’s giraffe. With fewer than 2,500 Rothschild Giraffes remaining in the wild, urgent action is needed now to protect future generations.

Alongside this, Tusk and the UCF will also educate and engage local communities with conservation so that they can appreciate the value of wildlife and become guardians of the park. Schoolchildren will learn about environmental issues and solutions, creating young conservation champions who can discourage their families from poaching and who will themselves turn away from poaching when they grow up.

Towards the end of the appeal, the Covid pandemic struck. Tourism to Murchison Falls collapsed as restrictions to control the spread of the virus were introduced. Without tourism, no revenue is generated to pay rangers or to support the protection of the park, the 20% of tourism income that the Uganda Wildlife Authority invests in the community evaporated, and the only vibrant economy folded in an area where unemployment was already rife. As feared, the hunting and trapping of wildlife began to soar, along with the collection of natural resources such as firewood, as people tried to make ends meet. The goals of the Living with Wildlife appeal therefore became more important than ever, as expressed by Michael Keigwin, UCF’s Founding Trustee:

“The timing of the Living with Wildlife programme couldn’t have been better. With the complete collapse of revenue sharing is the collapse of community conservation and development. Sadly Living with Wildlife will not be additive to revenue sharing and other efforts now, but will plug an enormous gap in critical communities. What is more, the programme targets the very vulnerable, i.e. the most impacted by this crisis.”

Covid wasn’t the only devastating challenge to contend with over the past year, as the River Nile flooded to levels higher than in recorded history. This brought with it additional problems, as explained by Patrick Agaba, UCF’s Community Conservation Officer:

“The floods have displaced thousands of fishermen and farmers living along the banks of the Nile and the shores of Lake Albert, many of whom have resorted to poaching as an alternative. Hippos that normally frequent the shallow areas and sandy beaches have been pushed into community areas, putting villagers in great danger.”

The need for the Living with Wildlife project to support and promote human-wildlife co-existence is therefore greater than ever, and work is now underway.

We are incredibly grateful to everybody who donated to the appeal, and the UK government for its support. We’d also like to add a special note of thanks to Levison Wood, Ash Bhardwaj, Simon King, Deborah Meaden, Africa Exclusive, Longleat and everyone at Send a Cow for all their amazing contributions to the great success of the appeal. 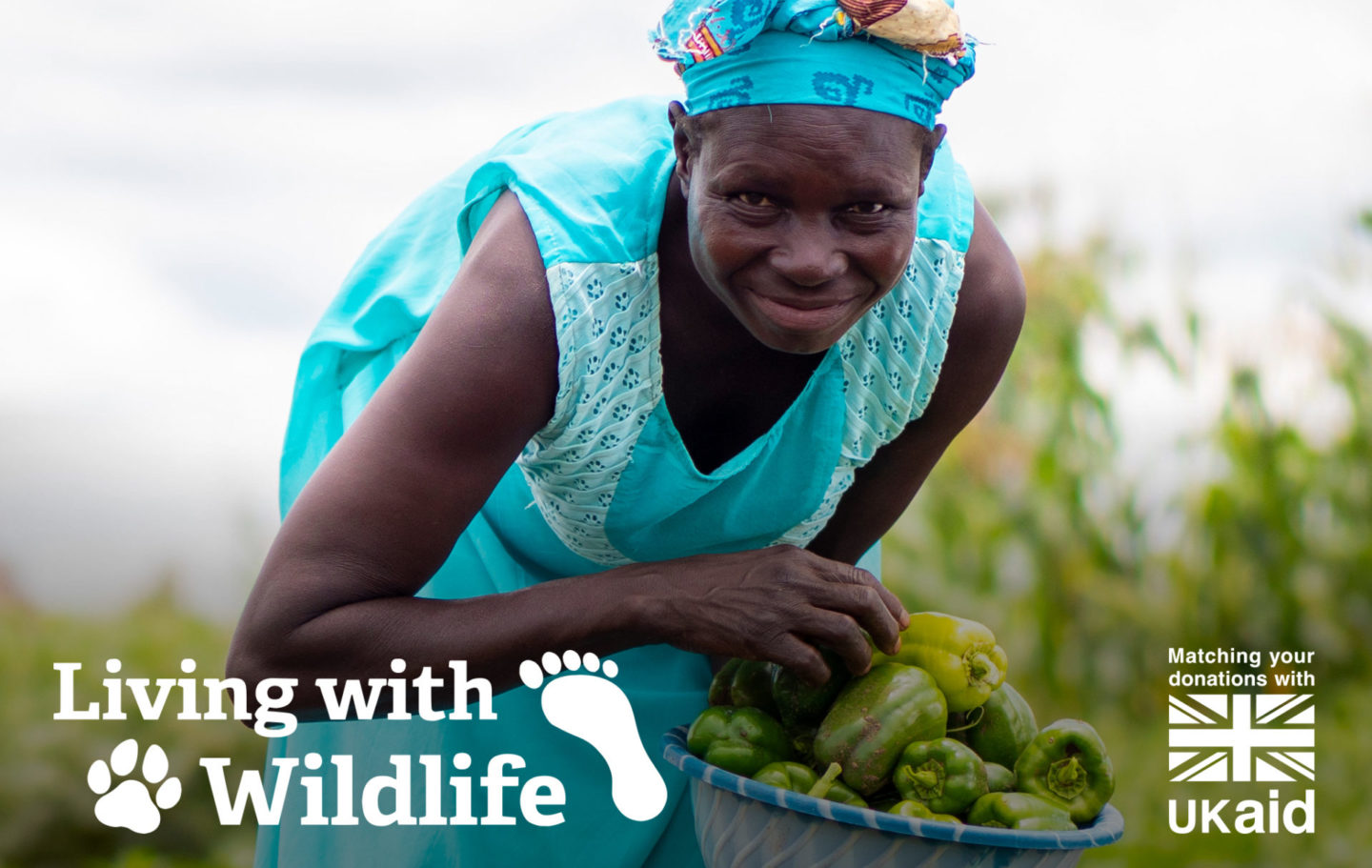 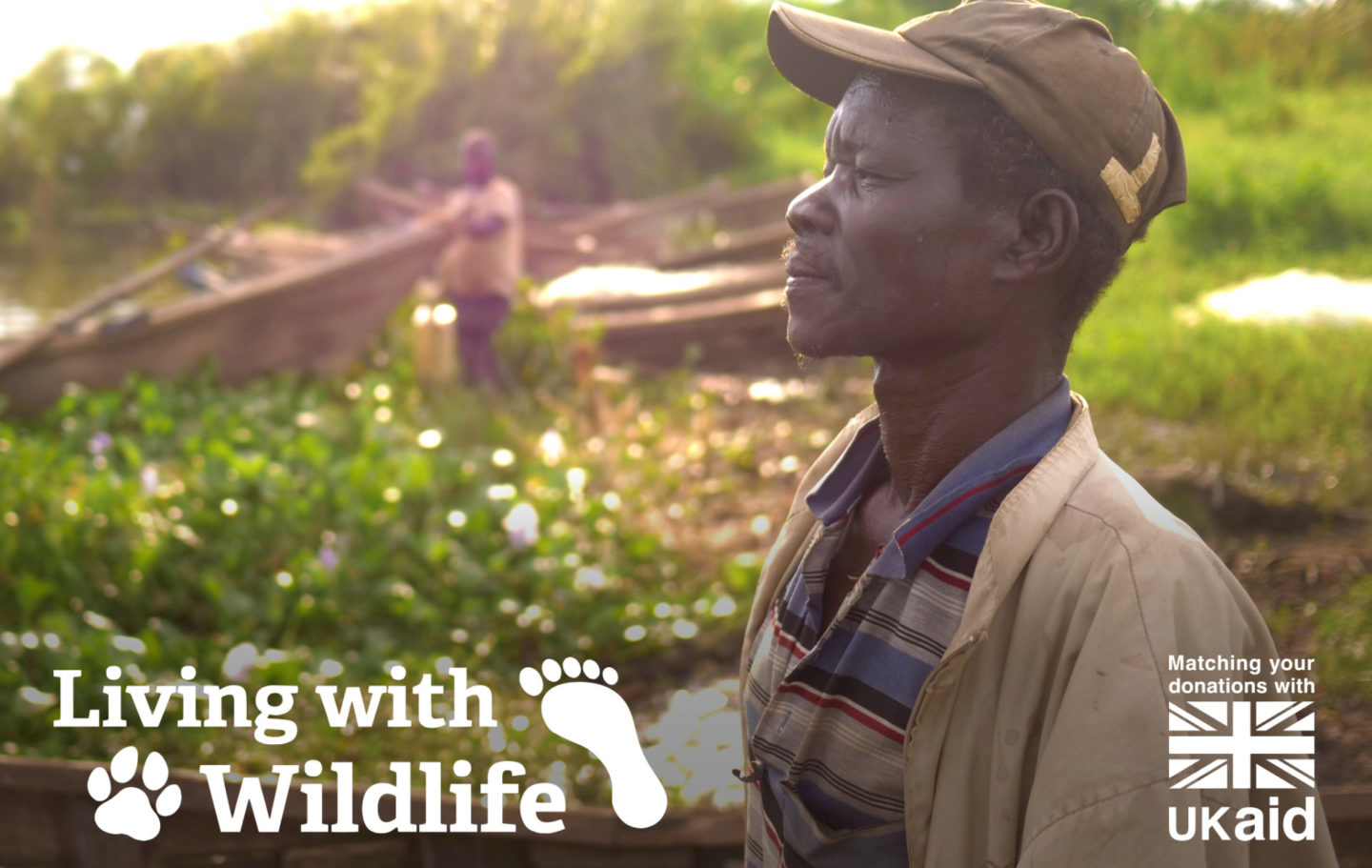 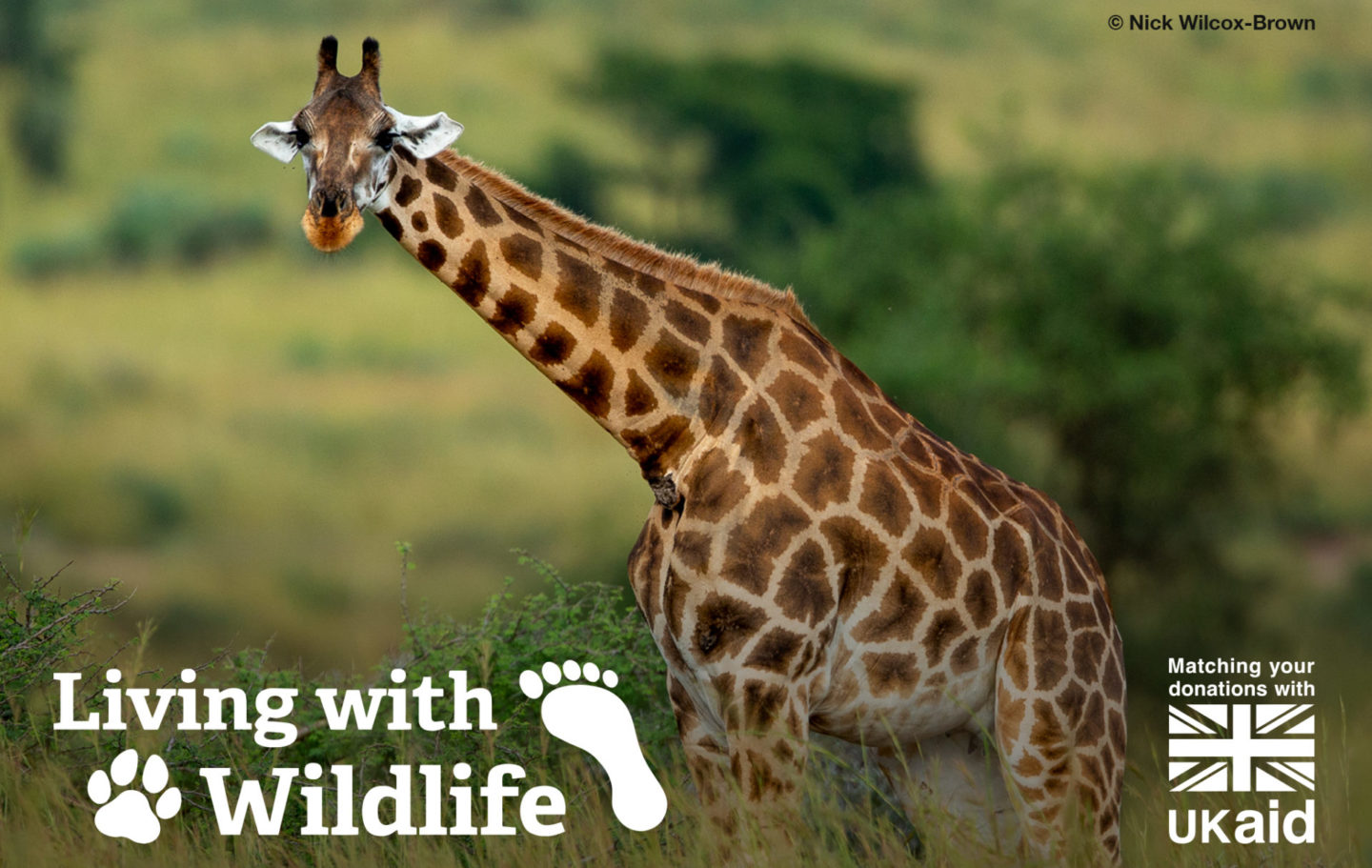 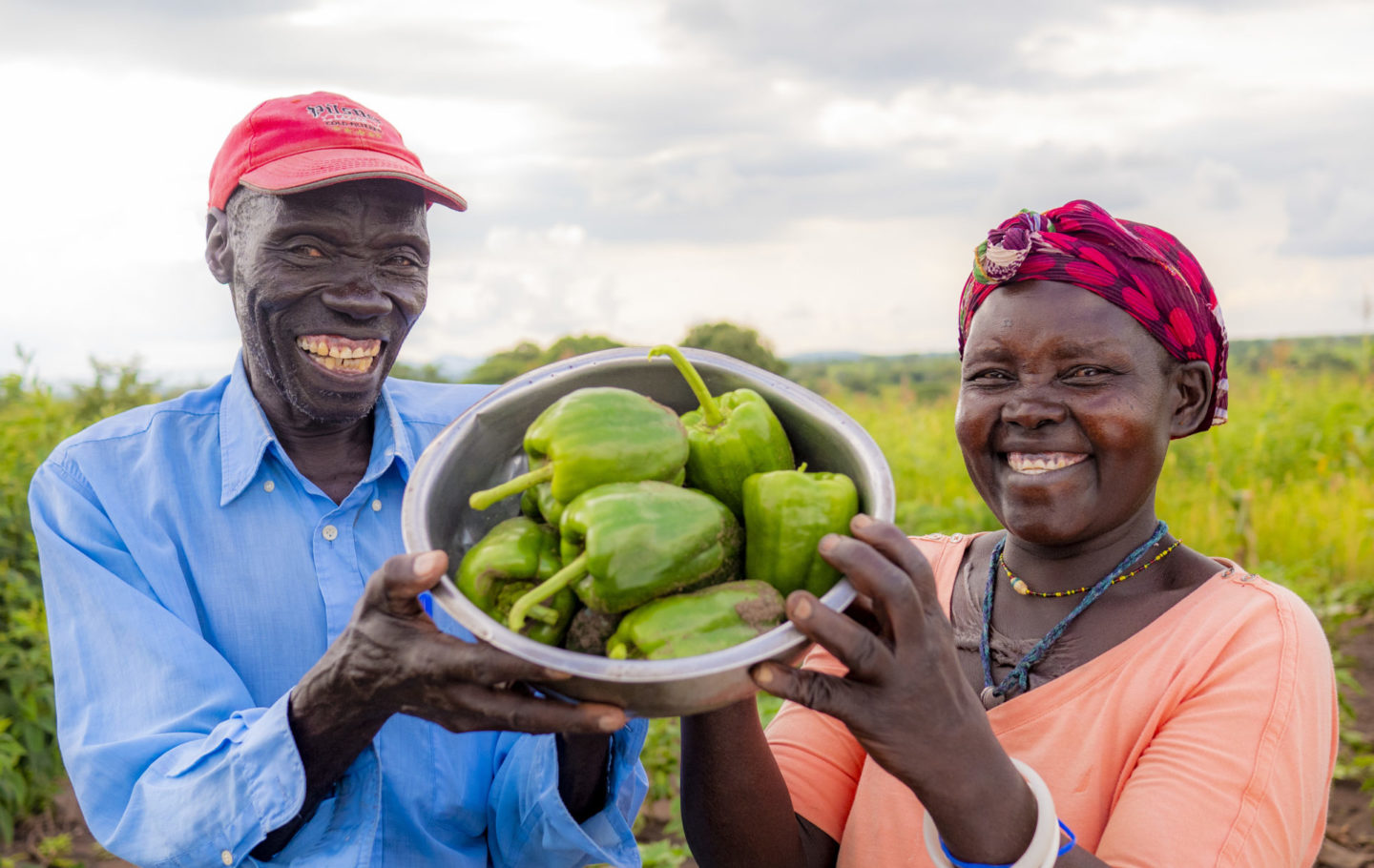 By giving people the skills to grow their own food and create sustainable ways of making a living, the Living with Wildlife project is helping some of Uganda’s most vulnerable families to lift themselves out of poverty while also protecting endangered wildlife. 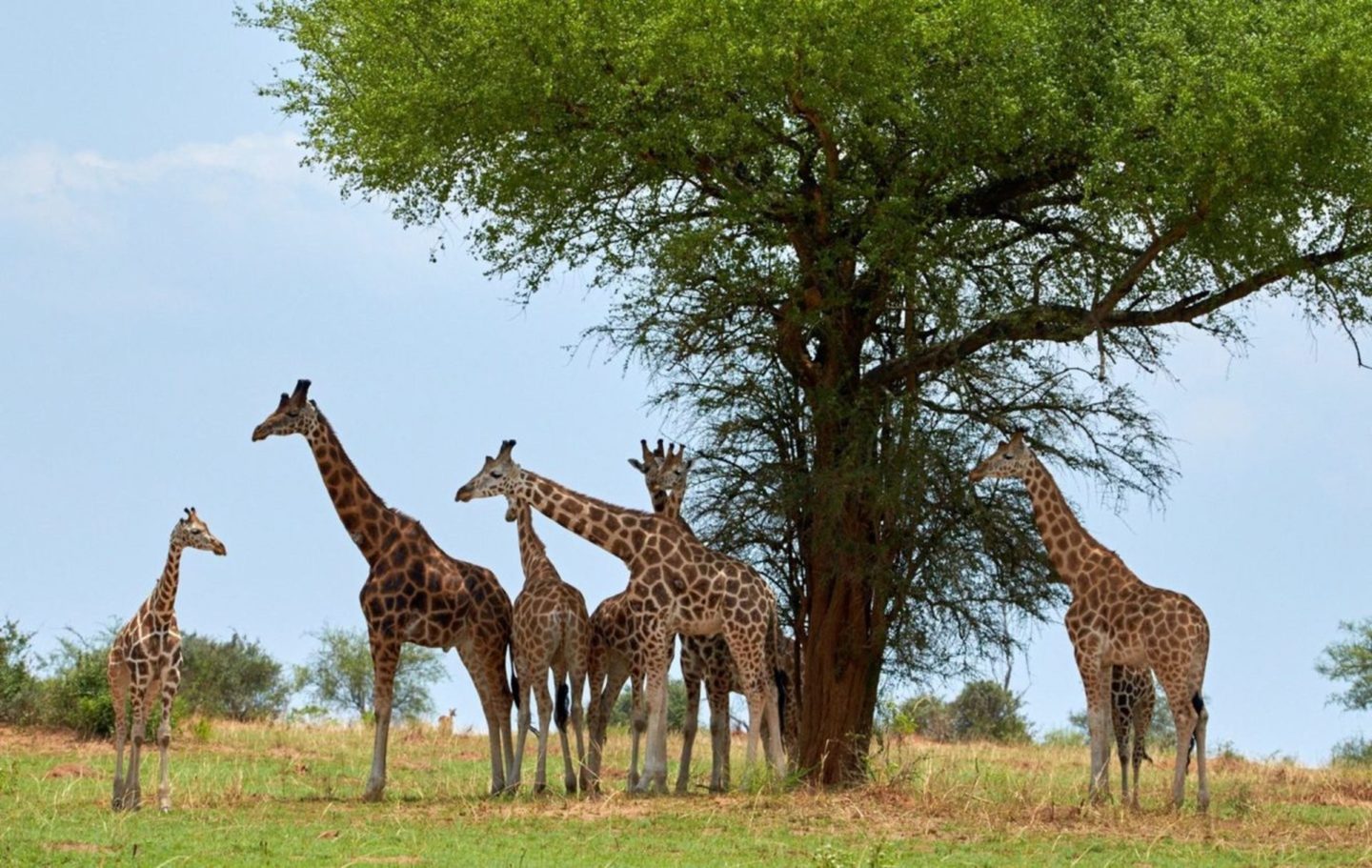 The Rothschild's giraffe, also known as the Baringo or Ugandan giraffe is a subspecies of the Northern giraffe. The subspecies is classified as endangered. The population is estimated to be less than 2,500 individuals. Numbers have increased slightly since the 1960s but remain very low.