Prince William is being accompanied on the trip by Tusk’s CEO and founder Charlie Mayhew and Naomi Doak, the Head of Conservation Programmes at The Royal Foundation and United for Wildlife.

They flew from Heathrow this evening on a British Airways A380 aircraft displaying the message #EndWildlifeCrime.
Follow us over the next week as we share news and updates from the field.

Speaking recently at an event at the Royal African Society, The Duke of Cambridge said:

“Like so many others, I am deeply saddened by the numbers of elephant, rhino and pangolin who have been illegally slaughtered for their tusks, horns and scales. But the illegal wildlife trade also has a devastating human impact.

“Too many brave rangers are tragically killed each year by poachers. Communities see their tourist livelihoods threatened. And the proceeds of the illegal wildlife trade fund broader criminal networks and threaten security.

“This is why I am committed to doing what I can to help end this terrible, global crime. This will be a particular focus of my upcoming visit to Africa, and of course the conference on the illegal wildlife trade taking place here in London in October.”

Charlie Mayhew MBE, CEO Tusk said: “Tusk is proud to host Prince William on this important trip to underline the urgent threat to wildlife from the illegal wildlife trade. We look forward to showing our Royal Patron Tusk’s vital conservation programmes on the ground in Namibia and Tanzania as we work to secure a future for Africa’s wildlife. We are incredibly grateful to British Airways for their generous and continued support for Tusk – a relationship forged 25 years ago. We’re particularly pleased to see the #endwildlifecrime call to arms included on the aircraft’s livery – an evident commitment from British Airways to join in the fight to end international wildlife crime.” 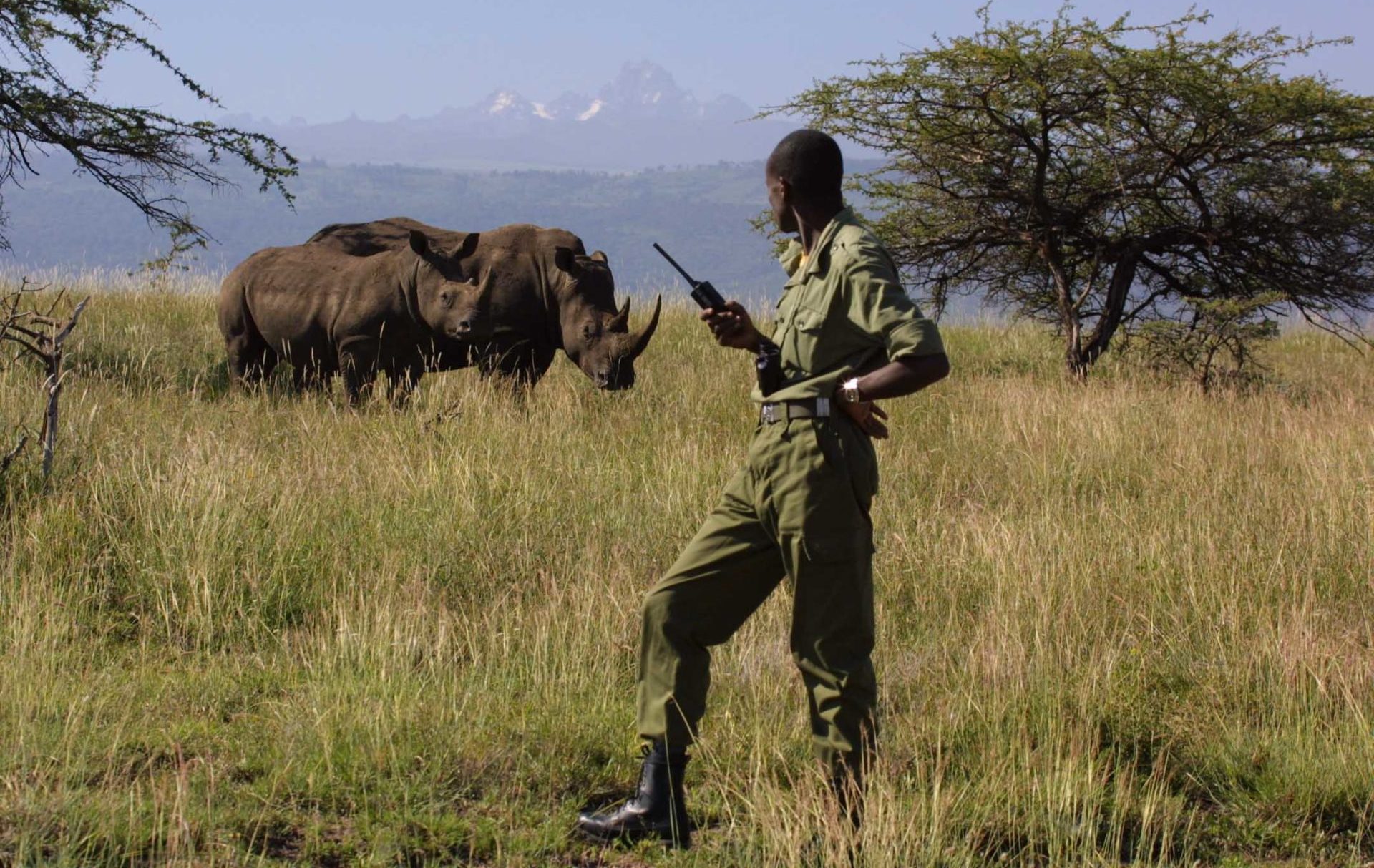 The illegal wildlife trade is the fourth most lucrative international crime after drugs, arms and human trafficking. 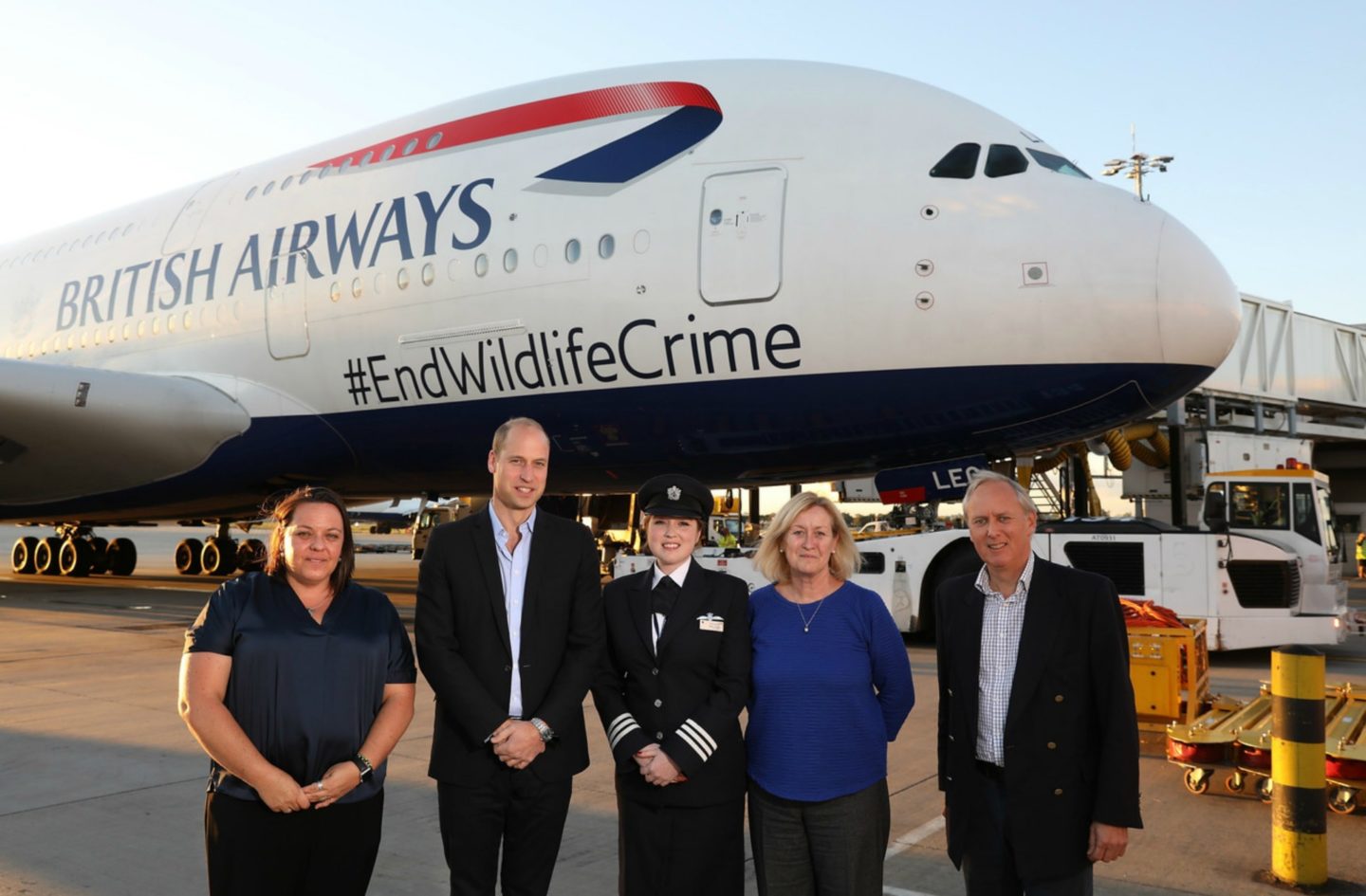 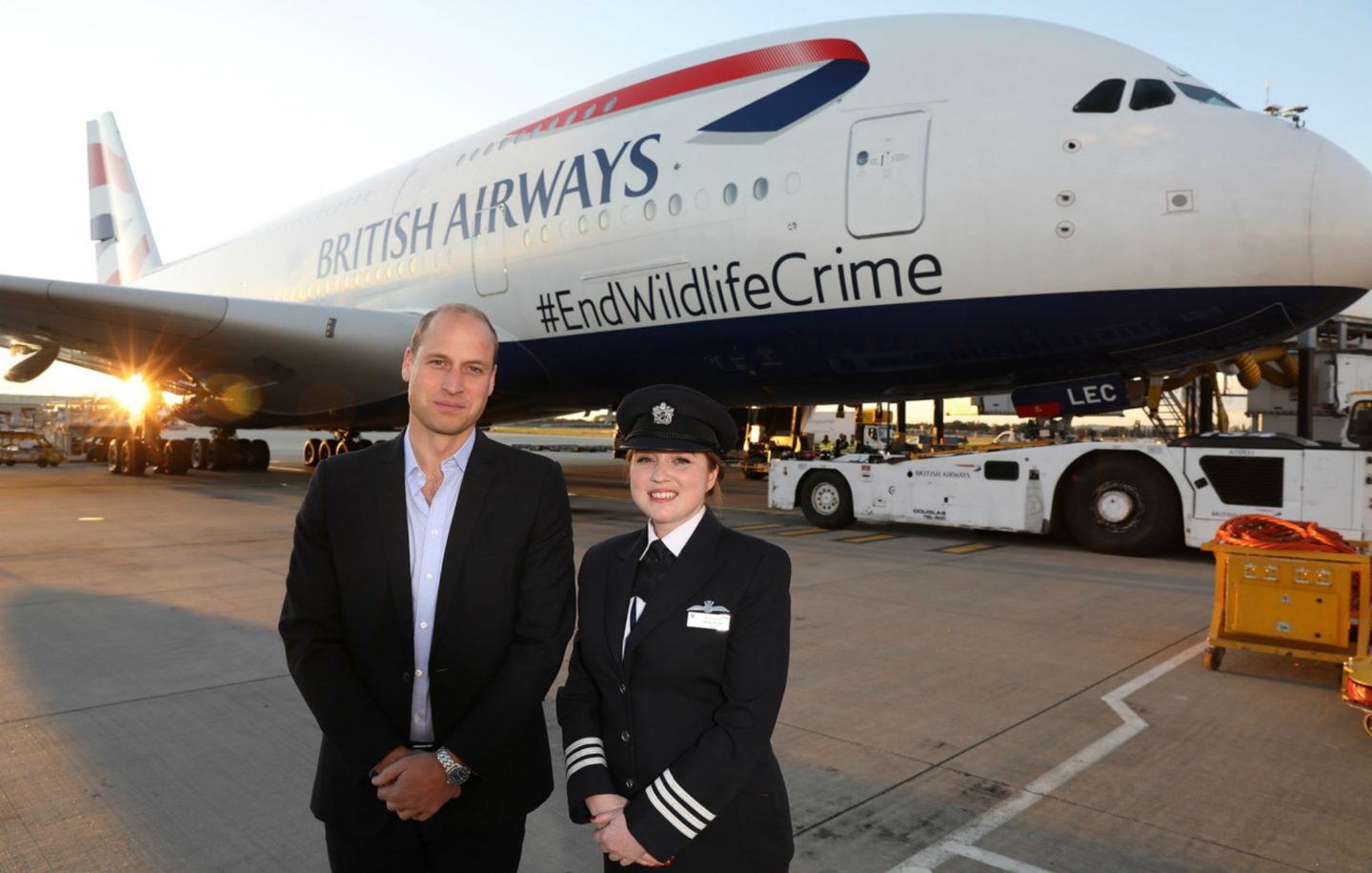