Tusk has funded The Lamu Marine Conservation Trust (LaMCoT) for over 20 years. Established in 1992 by Carol Korschen, owner of the Peponi Hotel in Shela on Lamu Island, their mission has been to take action against the declining turtle numbers around the Kenyan coastline.

The project started by encouraging the local community to protect turtles rather than catch them or take their eggs to eat. On a recent visit to the project, the Tusk team met Odo, a fisherman who lives on neighbouring Manda Island where turtles come to nest. Once himself a poacher of turtles and eggs, Odo is now paid by LaMCoT to protect turtle nests.

Together with other people in his village, he marks out new nests, monitors them until hatching and helps newly emerged baby turtles make their way safely to the ocean. Incentives are paid for each new nest that is registered, as well as for successful hatchings, with 102,251 hatchlings supported to the ocean between 2001 – 2021.

Much of the community relies on fishing for their livelihoods. In addition to protecting nests, the project works with fishermen to prevent turtles becoming victims of bycatch. Any caught accidently in nets are treated for injuries, tagged and returned safely to the ocean. Over the last twenty years, LaMCoT has tagged and released 1,224 turtles.

LaMCoT also helps them to understand the importance of sustainable fishing methods and the problem of marine pollution. The project also organises beach clean-ups with communities, schools, women and youth groups, runs a long-standing education and awareness raising programme, and has established a successful, community-managed Marine Protected Area.

A highlight of the team’s visit was the launch of a new boat, “Kasa” (which means turtle in Swahili). It will be used to take groups, particularly children, out on the water to learn about Lamu’s precious marine life and why it needs to be protected. They are inspiring the next generation of environmental activists.

Project Coordinator Atwaa Salim told us that, thanks to Tusk, every single person in the local community of Shela has had some touchpoint with LaMCoT throughout their lives. They now better understand the turtles and the need to protect the marine environment as a result. While Tusk’s funding and support has facilitated this, the success of the project is down to the incredible passion, hard work and dedication of Atwaa and his team.

LaMCoT has achieved so much over the years and they have ambitious plans for the future, working with local communities to safeguard the region’s precious marine life. 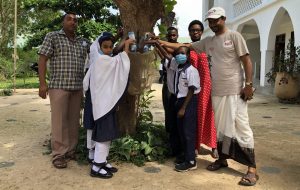 Find out more about the projects we support 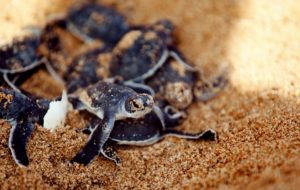 Make a difference to wildlife conservation