The Lamu Marine Conservation Trust (LAMCOT) was established in 1992 to protect Lamu’s sea turtles and the marine ecosystems supporting them. Tusk has been their main supporter for the past two decades. Although legally protected, turtle populations in Kenya have declined by more than 80% over the past 30 years, with 85% of turtle mortalities due to human activities. Through beach patrols, nest protection, payments to fishermen for bringing in accidentally caught live turtles (which are measured, tagged and returned to the sea), and education, LAMCOT have been reversing this trend. Since the start of the project they have successfully helped 85,085 (mostly green and hawksbill) turtle hatchlings reach the sea, and since 2001 have rescued and released 1,177 turtles caught in nets. As a result, the project has achieved a 70% increase in turtle hatchling survival rate, and an estimated 50% increase in the turtle population. 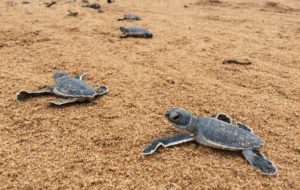 This success with the local turtle populations is offset by the scale of the plastic pollution. On a recent visit, it took no time at all to fill two sacks with empty plastic bottles, food packaging, broken flips flops, toothbrushes and countless bits of broken plastic. And there was still so much more to collect and add to the piles of previously collected rubbish awaiting transfer to the local tip.

Atwaa Salim, Project Co-ordinator, LAMCOT explains how turtles mistake plastic bags for jellyfish and ingest them, thus developing a floating syndrome which prevents them from further digestion and diving, where eventually death occurs: “The impact of the global pollution including the plastic menace is detrimental to the ocean life. Here in Lamu Archipelago we have collected an average of 7 tonnes of plastics every year since 2001- this effort resulted in clean turtle nesting beaches for over 430 juvenile and adult turtles and 85,000 babies. Global, national and regional synergy is indispensable for combating the problem. The microplastic doesn’t only kill the turtles, but it also kills the human generation by taking oceanic products.”

LAMCOT organise regular beach clean-ups, often with school groups, and more recently they have placed rubbish sacks along the beach for people to help with the plastic collection and dispose of their own rubbish, while rubbish collection sacks in each of the rooms of Peponi Hotel also encourage guests to collect rubbish.

In their local town, LAMCOT has developed the Shella Environmental Residents Group (or SERG) within the community, which includes: two beach cleaners; Four street sweepers who collect more than 100Kg of waste every day; and two door-to-door waste collectors (covering 84 households and 112 guest houses, restaurants and local shops) that load up donkeys with waste for taking to the local tip.

At the Shella rubbish tip, LAMCOT are supporting SERG in developing a waste sorting and management facility that will eventually serve the whole island. Glass is to be crushed (essentially back into sand) and taken back out at sea; some plastics will be made into pellets for recycling and sale; and what can’t be recycled will be incinerated in an incinerator that will be fitted with a scrubber to filter bad fumes, and which will be used to cook food for the local school nearby.

LAMCOT have therefore developed a neat solution, but they also realise that it will all be in vain unless people change their ways. They therefore place a strong emphasis on environmental education, with weekly visits to 13 different schools with  a total of  325 students enrolled , often as part of Tusk’s PACE Programme, especially with reference to its “Living by the Ocean” topic.  LAMCOT also organise quarterly excursions for schoolchildren to help clean the beaches, see turtles hatching or visit the local coral reef. The schoolchildren not only take their interest in protecting the environment home with them, but also into their future careers.

Yet most of the plastic pollution comes from far beyond the Lamu Archipelago. At a time when there is such attention on the need to tackle the scourge of plastic pollution, witnessing the scale of the challenge on Lamu underlined the global responsibility for each of us to act. 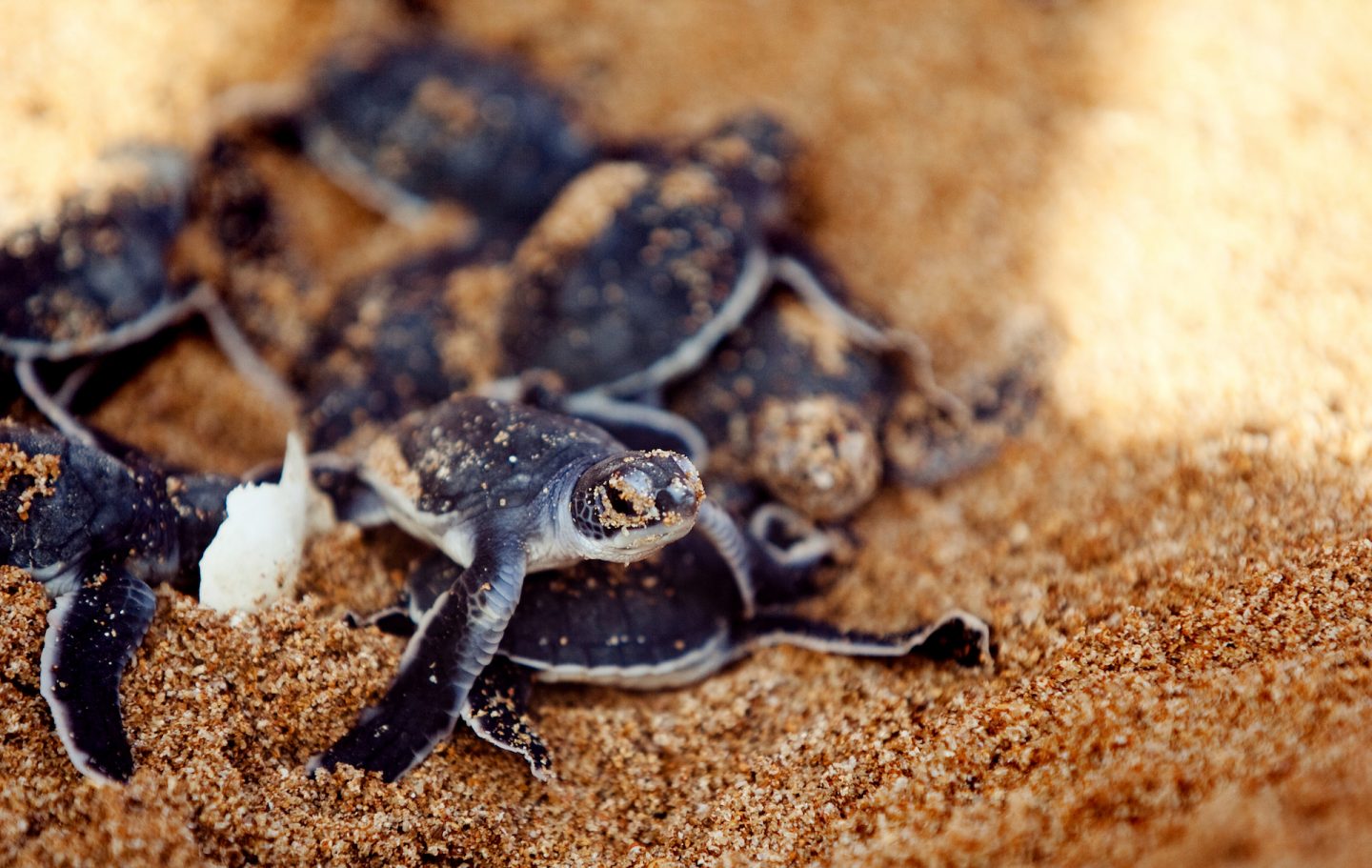 There are seven species of marine turtle. Six are classified as endangered or critically endangered. The main threats that affect marine turtles are habitat loss and degradation, wildlife trade, collection of eggs and meat, accidental capture, pollution and coastal development.

The Lamu Marine Conservation Trust (LAMCOT) was set up in 1992 as a response to the unsustainable harvesting of turtles and their eggs in the Lamu archipelago of northern Kenya. It has maintained a focus on turtles whilst expanding its links with the local community to work for both conservation and local development. 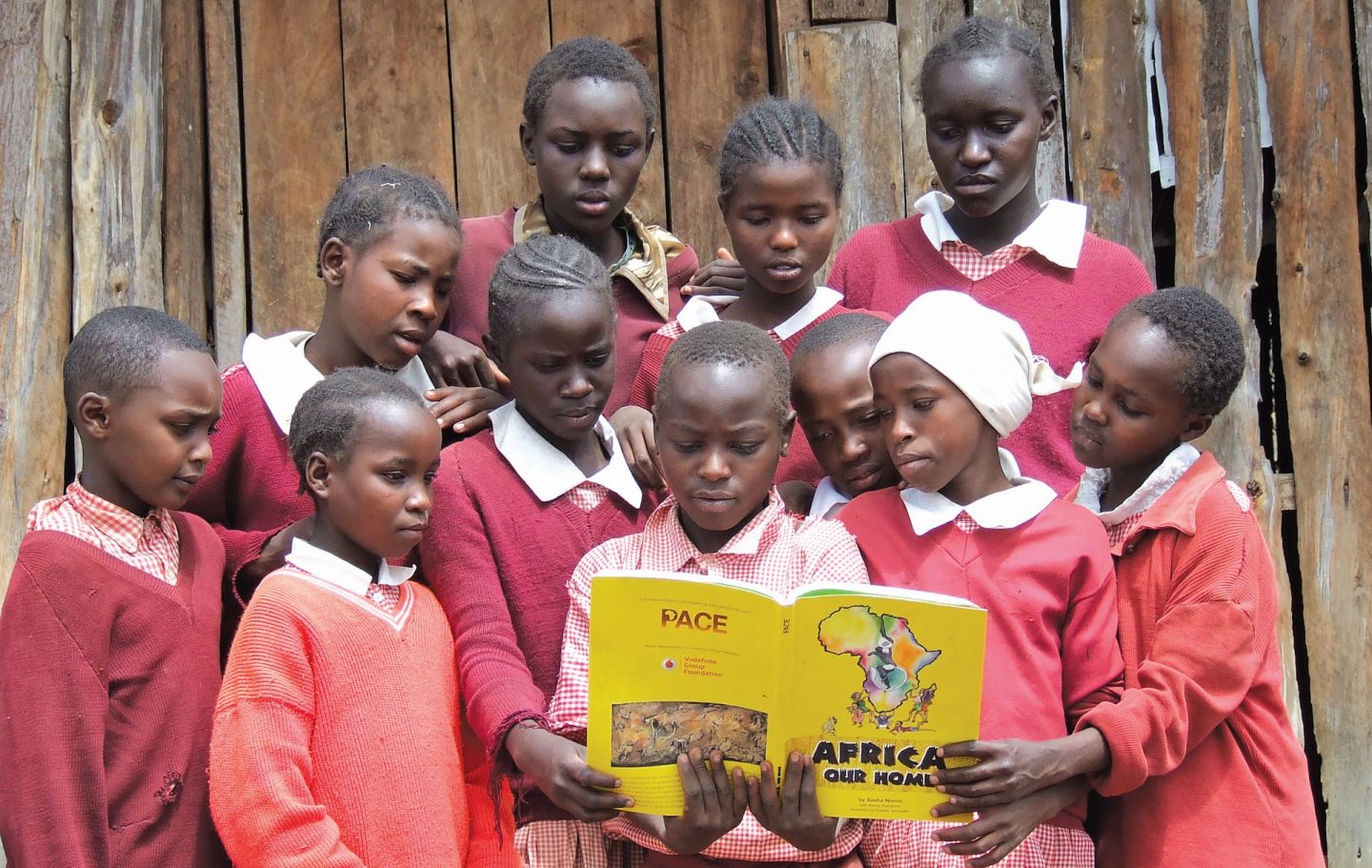