In our latest instalment, we spoke with Tusk Award for Conservation in Africa winner, Brighton Kumchedwa, to see what he’s been up to since 2017.

Since 2017, a number of things have changed for the better. For instance, the Department of Parks and Wildlife (DNPW) has moved from conventional field patrols to intelligence-led law enforcement by establishing informant systems. DNPW has embraced the establishment of special intelligence and prosecution units as well as a border control unit. We have gone further to strengthen collaboration through the interagency committee on combating wildlife crime (IACCWC), thereby raising the profile of wildlife in the country. DNPW in partnership with African Parks has undertaken restocking programs which have moved elephants to depleted parks. Also, we have seen reintroduction of some key species such as cheetah, giraffe, leopard and wild dogs in selected parks. 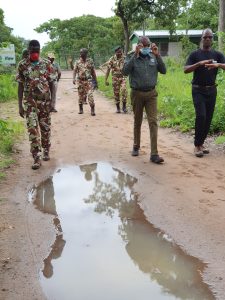 Firstly, this award was a huge motivation to the entire DNPW which energized every member of staff. It made DNPW work even harder in the fight against wildlife crime. The award further created confidence in the nation as a whole with regards to the efforts that DNPW was putting into the fight against vice. As a result, the award raised the profile of wildlife across the country and beyond.

Not only was the country convinced that DNPW was heading in the right direction in the fight against wildlife crime, it also created much-needed confidence for our donor partners, helping to generate continued support from the UK, US and German Governments as well as a number of local and international NGOs.

Prior to the award, Malawi was a playground for wildlife criminals where poaching in the protected areas and the illegal wildlife trade (ivory and rhino horn trafficking) were rampant. Since the award, we have witnessed a declining trend in both poaching and ivory trafficking with a consequent increase in key species, specifically elephant and rhino populations which had previously nosedived. The fight however, is not over. We are now dealing with pangolin trafficking, which has spiked since first appearing in 2020.

Of the species you work with, which do you think face the greatest threats?

My major successes have included containing poaching and the illegal wildlife trade to manageable levels, resulting in an increase in population of vulnerable species. We have gone beyond prosecuting cases as wildlife crime alone and are now able to prosecute along other offences such as money laundering.

We have also put kingpins of the illegal wildlife trade behind bars. Lin Yun Hua, a Chinese national, was sentenced to 14 years imprisonment for possession of a piece of rhino horn, 14 years for dealing in government trophies and 6 years for money laundering (running concurrently). Further, the court ordered the convict to be deported back to his home country after serving the sentence. 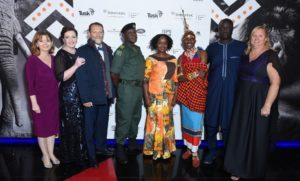 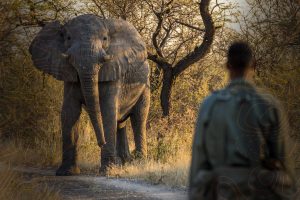