In our latest instalment, we spoke with Prince William Award winner, Rian Labuschagne, to see how his work has developed since 2017.

How has your work developed since winning your award, and what impact did the award have?

When I received the Prince William Award in 2017 we had just moved from Zakouma National Park in Chad to the Serengeti in Tanzania to take up the post as programme manager of the Serengeti Conservation Programme with the Frankfurt Zoological Society (FZS). Although I knew the landscape well from earlier years, our role on the ground has changed considerably.

While in Zakouma I was the park manager in charge of all activities on the ground, I now report to the TANAPA park management in a support role. I was fortunate that many of the Tanzanian staff in management positions worked with us in the 90s on black rhino protection and we could start immediately with strong trust and an understanding of our role.

It also helped that due to my age I was regarded as a ‘mzee’ or elder – this carries a certain amount of respect amongst Tanzanians. During the first two years we also became involved in the black rhino programme in the Ngorongoro Conservation Area again, coming back to the work that originally brought us to Tanzania in the nineties. We could now use our experience gained over the years to guide and support a young and motivated team of Tanzanians and assist the authorities in developing and protecting the Serengeti ecosystem.

The award was a great honour that made me realise the sometimes challenging years spent in the field were recognised by our fellow conservationists. It also made us aware of other recipients and incredible conservation stories out there; some of which we had no idea about before the event. It was disappointing that we could not really share the moment with our colleagues in Zakouma who were so much part of our six years of work in that fascinating landscape. This was because we were already with a new team in Tanzania who knew very little about our life in central Africa. The prize money however was a great bonus in our new post. To be able to ‘play donor’ and make our own decisions on where to apply the funding was very exciting. So often in our work we are restricted by strict budget lines and spending. Now at least we could apply our funding where we felt it would have the biggest impact.

The biggest challenge since receiving the award has definitely been the effect of the pandemic in the Serengeti ecosystem. From record numbers of visitors and income, the changes came overnight. The Serengeti and Ngorongoro became a true wilderness, with no cars, no tourism activity and, of course, zero income. Our programme had to step in immediately with a drive for emergency funding. Our activities increased day by day to assist park management to keep key anti-poaching operations going. We had to take on servicing and maintenance of all key anti-poaching vehicles, provide additional rations and fuel, make sure all surveillance flights continued – especially in the rhino zones – and step in to maintain all radio communication systems in the ecosystem. FZS has been involved in the Serengeti for over sixty years – strong long-term relationships and team effort helped us through this difficult time.

Snaring for bushmeat is also still a real threat in the Serengeti. Four years ago, we started a programme whereby we employ ex-bushmeat poachers to work with park rangers as a team to remove snares from the ecosystem. Our programme raises and manages all the funding to keep three teams in the field. To date they have removed over 50,000 snares and rescued hundreds of animals. Through the same principal we established mobile teams operating on motorbikes to counter illegal livestock incursions into the park. These teams operate in conjunction with our aircraft patrols and in a short time, have brought the problem of illegal livestock grazing in the park under control.

Over the years we have learnt the importance of aerial surveillance. In the Serengeti, the park authority identified two young wardens and our project helped them through the training to become bush pilots. Today they have flown over two thousand hours on patrol flights in the ecosystem and, especially during Covid, played a big role in keeping surveillance going. To us it is very encouraging to see the dedication of these young national conservationists, and a big honour to be part of the process in making them successful in their work. 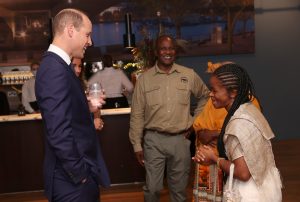 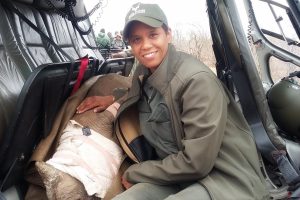 Find out about other past award winners