In our latest instalment, we spoke with Prince William Award winner, Hipólito Lima, to see what he’s been up to since 2020.

What difference did winning your award make to you personally?

This award has been a huge motivation to keep going. It made me feel like a true sea turtle conservation leader. The recognition we had from national government, local communities, neighbours, family and especially my colleagues, was incredible. It made us all understand and increase our feeling that this is an important cause. Together we are actually doing amazing work towards sea turtle conservation in the country and also improving the lives of our local communities.

This award was definitely a major contribution to guarantee that all sea turtle conservation actions developed in Sao Tome Island by Programa Tatô would take place. This award also resulted in recognition of our conservation efforts at national and international levels.

The main goal of Programa Tatô is to strengthen conservation of sea turtle populations in Sao Tome by protecting the main nesting and feeding sites, reducing the main anthropogenic threats and strengthening capacity, involvement and awareness amongst local communities. All activities are implemented in Sao Tome with the involvement and participation of members of fishing communities, former poachers and by-products traders, young professionals and early career conservationists.

Programa Tatô has been able to continue to:

This award has contributed to considerably decreasing sea turtle capture in Sao Tome Island, with more positive behaviour from local communities and reduced sea turtle consumption. Through our education programmes, we have built awareness at all levels of society, from children to adults, from fishermen to politicians. Through their involvement, we can ensure the long-term sustainability of our conservation programme in Sao Tome Island.

Although we’ve seen very promising and positive results, the biggest challenge continues to be long-term funding. The last couple of years with the worldwide pandemic were particularly difficult. Covid-19 greatly affected the country’s economy. Several of our usual private partners didn’t fund our programme, jeopardising the development of planned activities as well as jobs. Add to that the fact that there has been a huge decrease in fisheries resources, the pressure on the environment and endangered species has become even greater.

Coastal communities of Sao Tome Island have traditionally exploited sea turtles mainly for the consumption and trade of meat and eggs, but also for shell-based handicraft.

Poverty, lack of economic opportunities, fish stock decline, human population growth, as well as a context of impunity and opportunism have exasperated the threats to sea turtle populations.

Nowadays the biggest threats affecting sea turtles’ survival have been habitat degradation due to coastal urbanisation, coastal erosion, illegal beach sand mining, and unsustainable rapid development of tourism, contributing to growing levels of disturbance in sensitive nesting sites. Of greater concern is the critically endangered hawksbill sea turtle. The species is at imminent risk of extinction – assessed by the IUCN – SSC Marine Turtle Specialist Group as being among the top 11 conservation priorities for sea turtles worldwide.

Sao Tome and Principe hosts the Eastern Atlantic’s major nesting population of this species, as well as year-round foraging aggregations. Depleted hawksbill populations combined with low genetic variability emphasise the high degree of isolation and vulnerability of this population. Green turtles however exhibit high levels of genetic diversity, representing an important genetic pool in the region. Protecting this population could have widespread benefits for the species regionally.

One of our major successes is definitely the involvement, motivation and the sense of belonging from local communities. Day by day they are gradually playing their role as community and conservation leaders.

Another major success has been the growing involvement of national authorities, such as the national police, the captaincy and the coast guard, who are increasingly active in implementing and enforcing the law. This has encouraged the creation of an Environmental Police in Sao Tome and Principe. Growing participation and interest has made it possible to considerably reduce the capture of sea turtles, thus allowing the recovery of species in Sao Tome Island.

Programa Tatô is also becoming an important actor, being one of the few NGOs in the country working towards marine and coastal conservation. We have a dynamic and experienced team, involved in several projects and initiatives across the country. 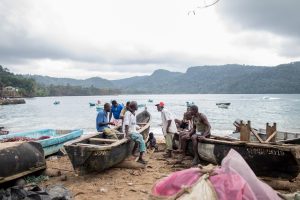 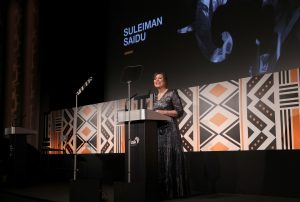