Tusk is pleased to announce that last week’s Tusk Ball, which took place at the Natural History Museum, raised £450,000 for African conservation projects, helping the charity his its milestone of £100 million raised since it was founded in 1990.

Ambassadors and supporters of Tusk came together for the evening, including royal supporters Zara Tindall and brother Peter Phillips,  as well as celebrities such as Deborah Meaden, Rachel Riley, Levison Wood and Jack Savoretti, many of whom are long term supporters of the charity.

Held in partnership with ISPS Handa (International Sports Promotion Society), guests enjoyed a Champagne reception, followed by a beautiful dinner, and live entertainment from Rory Bremner, who MC’d the evening, and Jack Savoretti and his band, before placing generous bids at the live and silent auctions on prizes including a Safari trip to Uganda, a VIP package for The Rolling Stones Sixty Tour, an original David Yarrow photograph and many more.

The evening also featured a recorded address from Tusk Patron The Duke of Cambridge, who congratulated the organisation for over 30 years of conservation success, urging guests to continue their support to help tackle the conservation challenges of the future.

The vulnerability of African conservation has never been more acute due to the devastating impact of COVID-19, particularly affecting those protecting wildlife and communities on the frontline. With the economy, and wildlife and tourism industries still at significant risk, threats to undo years of conservation work across the continent still continue.

The Tusk Ball aims to not only raise recognition and support of African conservation but to also make a tangible impact, with all funds raised going directly to the cause.

At the event, Charlie Mayhew, CEO of Tusk addressed the room stating: “Being here at the Natural History Museum should remind us just how incredible and fragile the natural world is. Africa remains the last great stronghold of our planet’s wildlife – particularly the great mega fauna. It’s biodiversity and natural capital are of huge value to Africa’s peoples and economies.

“Our investment over the last 30 years has supported a flourishing network of community-based conservancies, delivering jobs, security and education, as well as alleviating poverty for hundreds of thousands of people.

“As we look ahead to 2030 and beyond, our goal is to continue advocating for why protecting wildlife and the natural world is not only economically expedient, but essential to maintaining the very fabric of life.”

Dr Haruhisa Handa, Founder and Chairman, ISPS Handa, said: “ISPS Handa is excited to be a part of this effort by Tusk, to highlight and fundraise for its work in conservation. May I send my congratulations to Tusk CEO Charlie Mayhew and the entire team that made the Tusk Ball a success, but also for their decades of commitment to their work in the continent of Africa.

“The support we received from ISPS HANDA Patron and former Taoiseach of Ireland Mr Enda Kenny, Ambassadors Peter Phillips, Dan Carter, and Zara Tindall, alongside so many others, has been a tremendous honour.” 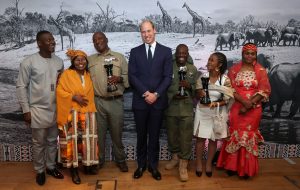 Catch up on the 2021 Tusk Awards highlights 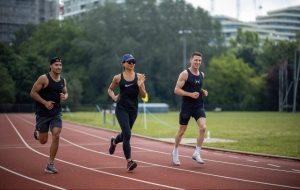 Find out more about Tusk events