As representatives of 14 leading NGOs committed to the conservation of elephants, and on behalf of our millions of supporters, we welcome the fact that the UK Ivory Act finally comes into force today, 6 June 2022, despite significant delays.

From today, under the Act, it is illegal to deal in almost all of the UK in items made of, or containing, elephant ivory, regardless of their age. There are a number of carefully crafted, limited and certified exemptions which include portrait miniatures, musical instruments, items with low ivory content, sales to qualifying museums and rare / important items. Penalties for dealing in ivory now include fines of up to £250,000 or up to five years’ imprisonment. Under the new law, it is compulsory for ivory meeting the exemptions to be registered on a dedicated portal on the government website, which was launched in February 2022. This service allows people to register and certify exempted ivory items they would like to deal in. Detailed guidance on dealing in items made of ivory or containing ivory can be found on GOV.UK.

Poaching for the ivory trade and habitat loss are amongst the primary threats to African elephants. In 2021, the International Union for Conservation of Nature (IUCN) Red List of Threatened Species re-assessed the African forest elephant (Loxodonta cyclotis) as Critically Endangered and the African savanna elephant (Loxodonta africana) as Endangered. Both species are now closer to extinction than previously assessed, with the number of African forest elephants falling by more than 86 per cent over a period of 31 years and the African savanna elephant populations decreasing by at least 60 per cent over the past 50 years.

Given the known threats of the ivory trade to elephants, it is unfortunate that the road to implementation of the UK Ivory Act has been so slow. In 2017, it was revealed that the UK was the world’s leading exporter of antique ivory, particularly to China and Hong Kong – two trade hotspots for illegal ivory. The Government first pledged to close the UK ivory market in 2010, but it took a further seven years before a public consultation on the matter opened towards the end of 2017. This eventually received a record 70,000+ responses, the overwhelming majority favouring a comprehensive ban which also enjoyed vital cross-Party parliamentary support.

The Bill finally received royal assent in court in December 2018 before being subjected to an unsuccessful bid by the antiques industry challenging the legality of the Act. Further issues as a consequence of Brexit, the COVID pandemic and additional consultations also delayed the legislation’s long-awaited implementation.

International commercial ivory trade is already prohibited by the Convention on International Trade in Endangered Species of Wild Fauna and Flora (CITES). From today, the UK adds its name to the ever-increasing list of countries outlawing ivory trade in their domestic markets, recognising that legal domestic ivory markets stimulate consumer demand for ivory, perpetuating high levels of illegal killing of elephants and trafficking in their ivory. Despite this ongoing poaching and trafficking, appetite for ivory is in steep decline, reflecting the unprecedented levels of public commitment to elephant conservation at a time where awareness of the current climate and biodiversity crises is at an historic high.

In 2015, the majority of African elephant Range States urgently called for the closure of all domestic ivory markets worldwide. This was closely followed by a resolution adopted by CITES member governments, calling for countries to close remaining domestic ivory markets. It has been remarkable to see how many countries heeded this call. For example, the U.S. has enacted major restrictions to close its market, and China, which once harboured the world’s largest legal ivory market, closed its market in 2017, followed by countries as diverse as Singapore, as well as numerous African and other countries. The EU has yet to follow suit, although it has published new, tougher guidelines. We urge the EU to strictly monitor Member States’ implementation of the new EU ivory guidance and regulations and to call on the EU Commission and Member States to transfer these rules into legally binding regulations.

Despite these significant milestones and achievements, we caution against complacency. The UK must now continue to demonstrate leadership beyond its own domestic ivory ban to call on the international community to prioritise the conservation of elephants, by strictly implementing the Ivory Act and ensuring any remaining loopholes are swiftly closed, as well as extending its provisions to other Ivory- bearing species. Similarly, we call on the UK to now use this momentum to support continued protection for elephants and support to countries where elephant numbers have been growing.

Similarly, we strongly urge Japan – the largest remaining legal market for ivory since China closed its market – to join the UK, China, and the long list of countries committed to elephant conservation, to adopt similarly tough measures and to close its ivory market.

Furthermore, we would encourage the UK to use the implementation of its ivory ban to speak out against renewed efforts that are expected from a few Southern African countries to reopen ivory trade at the 19th meeting of the Conference of the Parties to CITES, which takes place in November 2022 in Panama.

Previous efforts by some Southern African countries were soundly rejected by a very large majority of Parties at CITES CoP18 in 2019, on the basis that legal trade would negatively impact elephant populations and fuel organised criminality. Since that CoP, the world now knows that African elephants are now even more endangered than was known in 2019. Africa’s elephants are beginning their slow recovery from the devastation of the international ivory trade, and poaching is declining or has been stopped in many countries. We urge the UK and all CITES member governments to ensure that the global ivory trade, and national markets, do not reopen.

As we look forward towards CoP19, all eyes will be on the UK to continue showcasing significant leadership in the conservation of elephants – a keystone species that plays a critical role in managing African and Asian ecosystems, but which also helps mitigate climate change through the species’ role as ‘environmental engineers’. 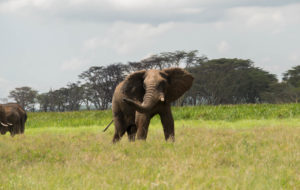 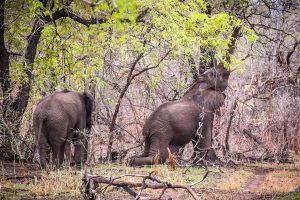 Find out more about how Tusk protects elephants.