Africa’s largest big cat, the lion, has been celebrated and revered throughout history for its courage and strength. Once roaming most of Africa and parts of Asia and Europe, now less than 25,000 remain in the wild and three-quarters of African lion populations are in decline. Human-wildlife conflict, bushmeat hunting and an increasing illegal trade in lion parts further threaten their survival.

At the other end of the scale, pet cats – the little cats – are incredibly popular in the UK. It is estimated that 24% of adults own one, adding up to a population of somewhere between 7.5 and 10 million cats. They are often chosen as the perfect house pet because they are independent and affectionate and research shows that they can actually lower stress and improve mental health.

Tusk is delighted to be supported by Animal Friends Insurance who have donated to our projects since 2018. As part of their ongoing support of our Crisis Appeal they are launching the Big Cat – Little Cat campaign over social media, appealing in particular to cat owners by highlighting lion conservation.

For pet owners, choosing the right name is very important. This has also become an unlikely but successful tool in lion conservation in a part of rural Botswana. Tusk supports an innovative project called ‘Pride in our Prides’, run by CLAWS Conservancy.

As with many of Tusk’s partners, much of CLAWS’ work focusses on human-wildlife conflict mitigation, working closely with local communities to raise awareness, and adapt farming practices to reduce conflict and end retaliatory killings. The ‘Pride in our Prides’ project was started in 2014 to address widespread poisoning of lions in response to cattle losses that were significantly affecting the livelihoods of farmers in northern Botswana.

CLAWS believes that people are more inclined to care about things they know and understand, so they encouraged the villagers to name the lions in their local language based on what they knew about them. At first, giving the lions a name seemed like a strange idea to the local people but the concept caught on with time as they realised that lions, like people, were individuals with different personalities. They gave the lions names like Maleherehere meaning ‘The Sneaky One’ and Mayenga meaning ‘Decorated by the Gods’. By having the communities name the lions and get to know each one, CLAWS hoped they would avoid indiscriminate killings and focus on preventative measures instead. 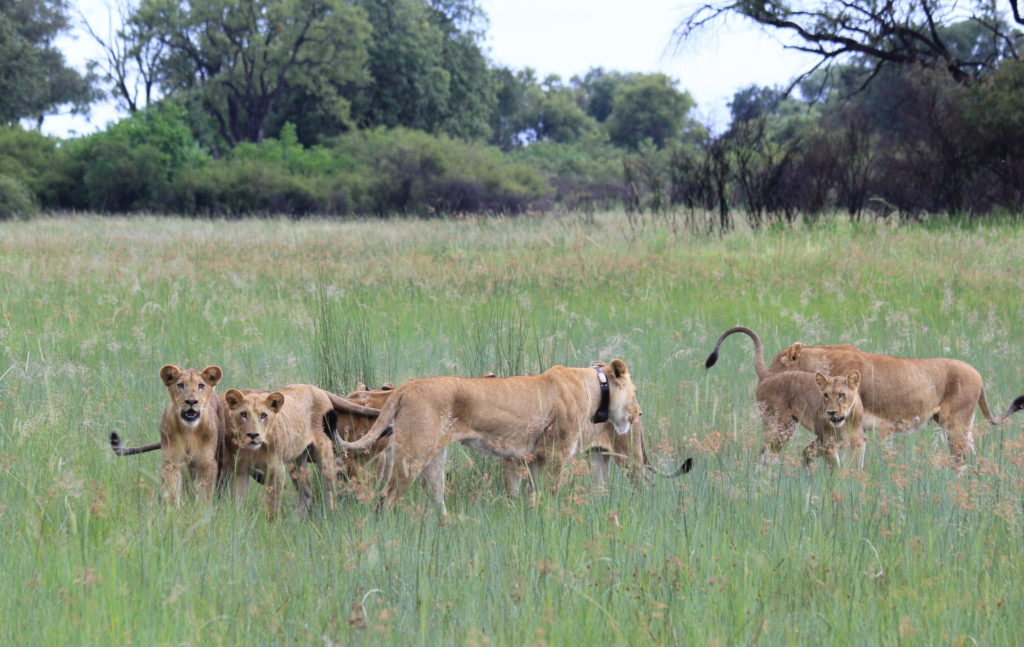 Even though the community partners live in homes made of mud and thatch, many have mobile phones. With funding support from Tusk, and in partnership with the University of Siegen, CLAWS developed a first of its kind automated alert system to warn the communities when lions approach livestock areas. Specialised satellite collars are put on members of each lion pride that provide accurate location data. A real-time alert is sent as a text or voice message in the local language to members of the community telling them the name of the lion and its distance, giving farmers time to ensure their livestock are brought in to carnivore-proof enclosures.

Since the project started, poisoning events have dropped significantly, from losing 50% of the area lions in 2013 to less than 5% in each year since. A great success for lion conservation! 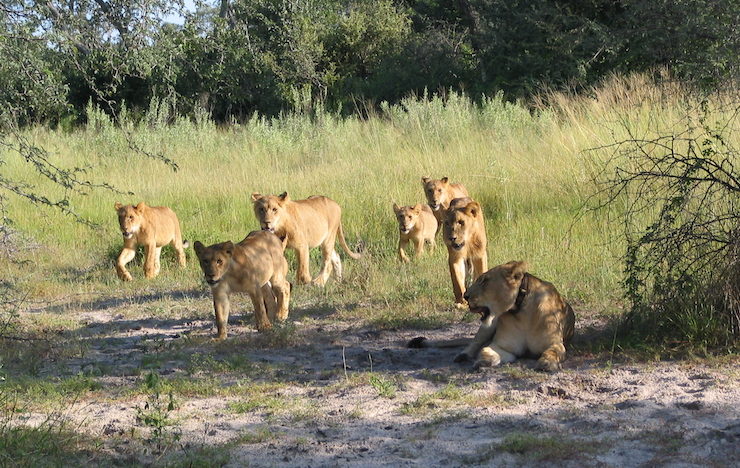 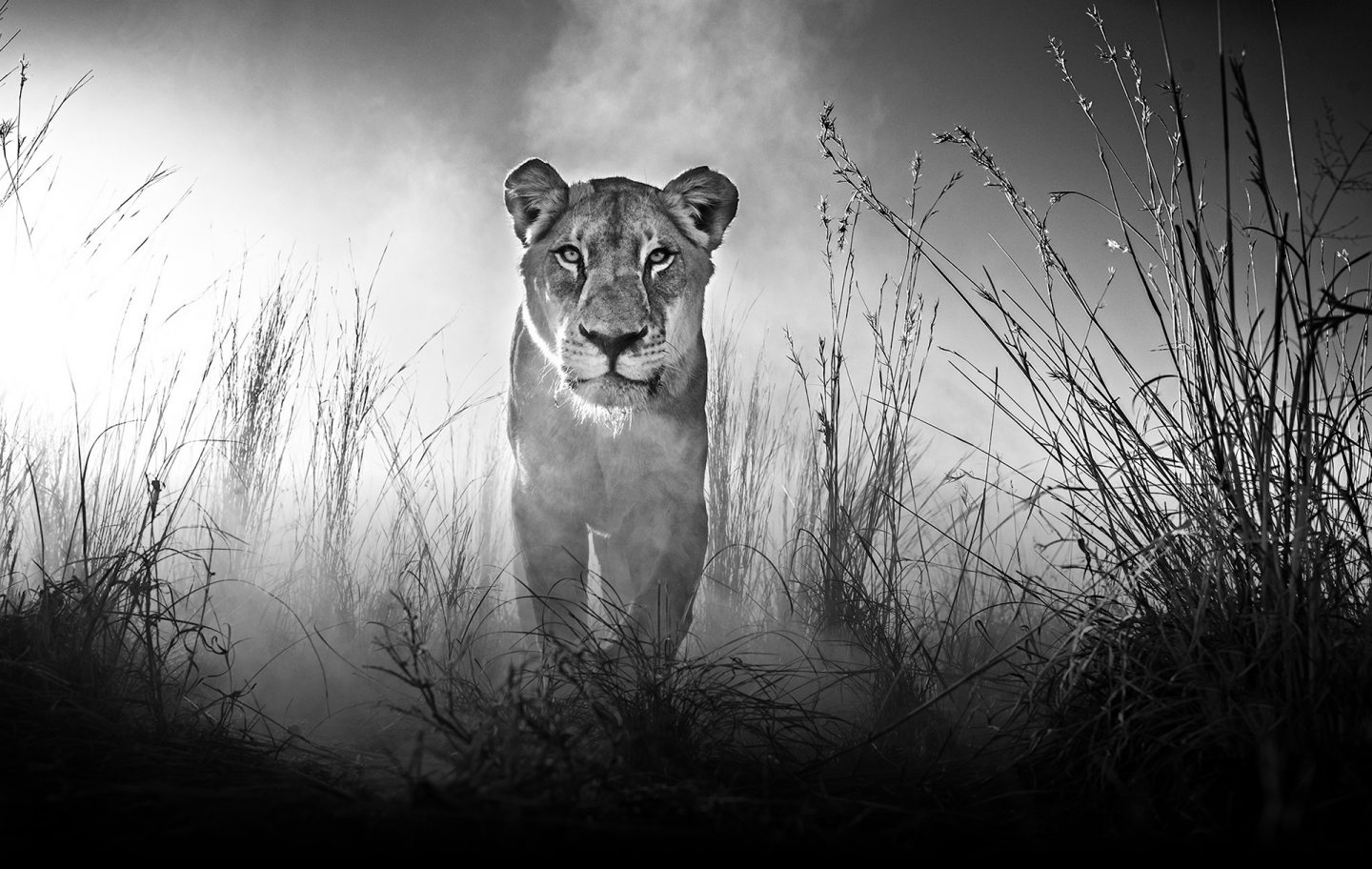 Lions are the second largest of the big cats (only the tiger is bigger) and the only ones in which the males have a mane. Males can grow up to 1.2m at the shoulder and can weigh as much as 250kg. They are the only social big cat species, living in ‘prides’ of up to 6 related adult females and their young. 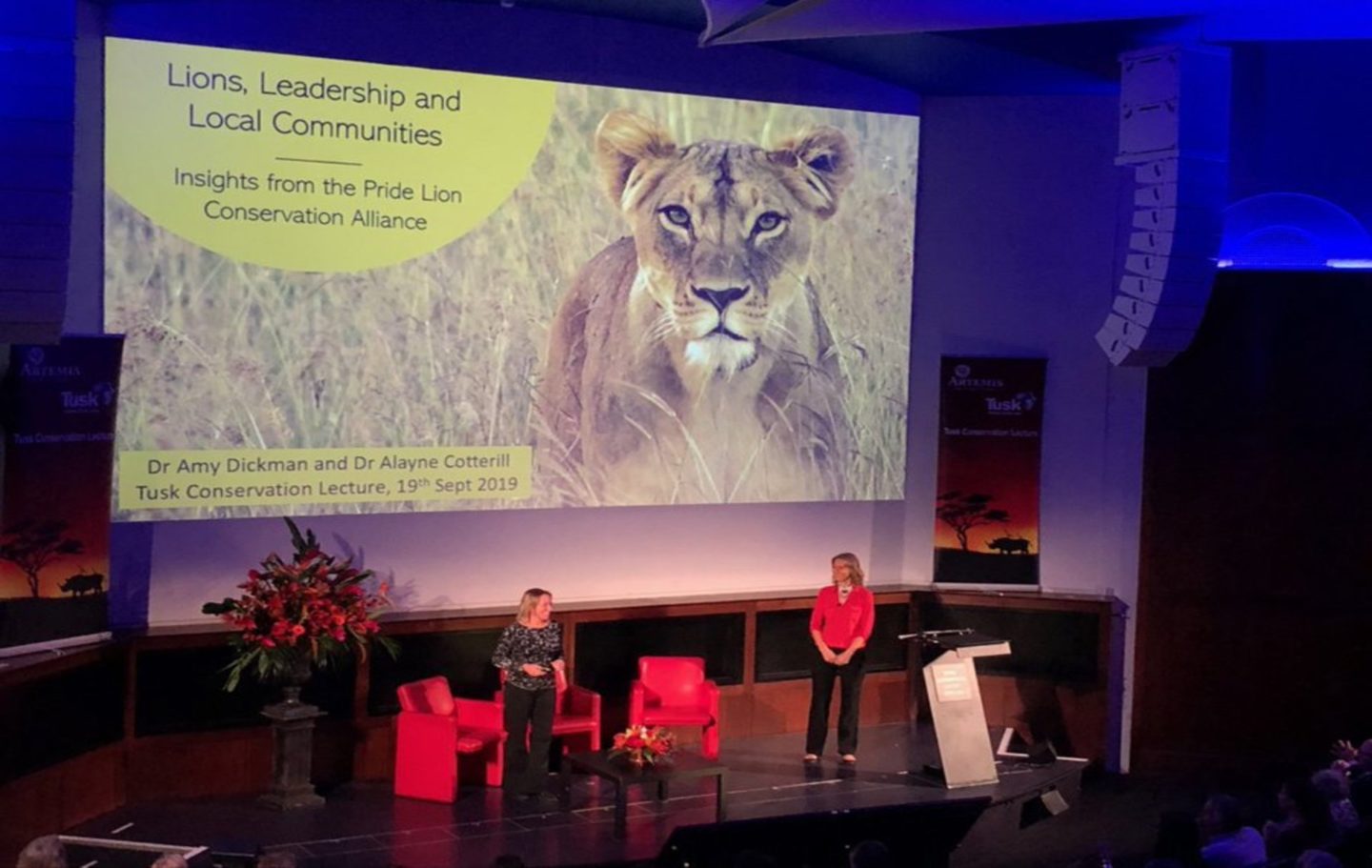