A global pride of 47 life-sized lion sculptures has appeared on the streets of major cities around the world to raise awareness of the threats facing lions and raise vital funds to support conservation projects across Africa. Kicking off in Wellington – New Zealand, sculptures were revealed across the globe throughout World Lion Day (10th August), with flagship prides in London and The Hamptons – New York.

Bringing this exhibition to life is Curator Chris Westbrook alongside a star-studded line-up of artists from across the worlds of design, film, sport, theatre and comedy. Each of our talented artists crafted their own unique pieces, sponsored by one of our generous corporate supporters.

Rolling Stones guitarist Ronnie Wood, as well as renowned artists Gavin Turk and Hannah Shergold, were among the famous faces joining the Tusk team to unveil the London pride beside the iconic statue of Eros at Piccadilly.

In addition to London and New York, the lions are set to stalk the streets of Bristol, Edinburgh, Nairobi, Sydney and Wellington for 8 weeks until 24 September 2021.

The launch of the Lion Trail kicked off in Wellington, New Zealand with All Blacks legend Richie McCaw and collaborating artist Dick Frizzell unveiling their piece ‘Putting It All On The Lion’.

Working our way around the world to Nairobi, Cabinet Secretary for Tourism and Wildlife, Hon. Najib Balala joined artists Beatrice Wanjiku and Peterson Kamwathi to unveil ‘Samarra’ and ‘Reference’.

All 12 lions of the Hamptons Pride were unveiled at an ACCF event by Donna Karan, with artists and sponsors alike out in force to support the launch.

Here in the UK, artists Adrian Wiszniewski and Ade Adesina were joined in Edinburgh by former Scottish rugby players Euan Kennedy and Scott and Gavin Hastings to welcome the city’s three lions to the new St James’s Quarter.

Meanwhile, in Bristol a second lion by Ronnie Wood was given a warm welcome to Ashton Gate Stadium.

Our Australian lion is currently pacing a trail in Sydney’s strict lockdown. We’ll be releasing him into the wild and announcing his final location soon.

African lions are facing greater threats to their survival than ever before. With the continent’s entire population estimated to have declined by as much as 50% in the last three decades alone, there are now fewer wild lions remaining than rhinos.

Only 10 areas have been identified as offering a secure future for lions, with the species facing pressure from habitat loss, declines in prey and human-lion conflict. Despite the challenges, efforts to protect lions persist across the African continent, with strongholds in Tanzania and Zimbabwe supported by Tusk.

The 2018 Tusk Rhino Trail raised £750,000 in London alone. With the Tusk Lion Trail having gone global, we’ll be working with leading global auction house Bonhams to surpass this in 2021. The London Pride is set to be auctioned on November 9th, while the US Pride will be auctioned in conjunction with the African Community & Conservation Foundation (ACCF) at The Wölffer Estate in The Hamptons, on August 27th. Funds raised will support the work of Tusk and its partners in protecting species and empowering communities across Africa. To express interest in either of these events, contact info@tusk.org 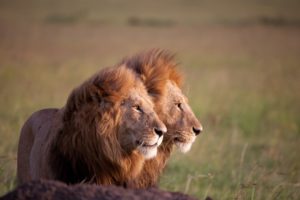 Find out about the threats to lions 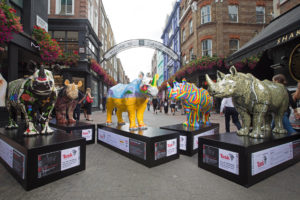 Find out about our first ever sculpture trail 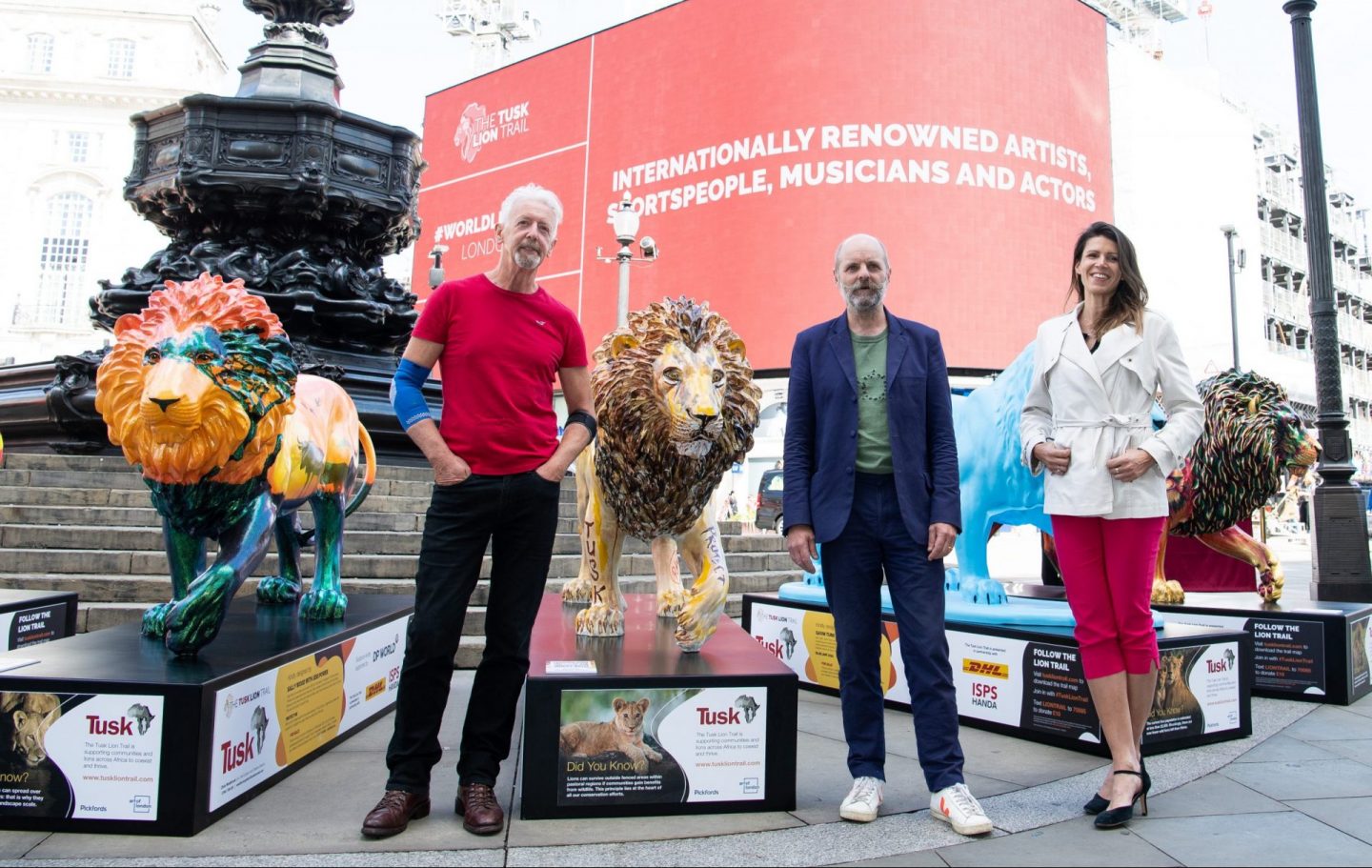 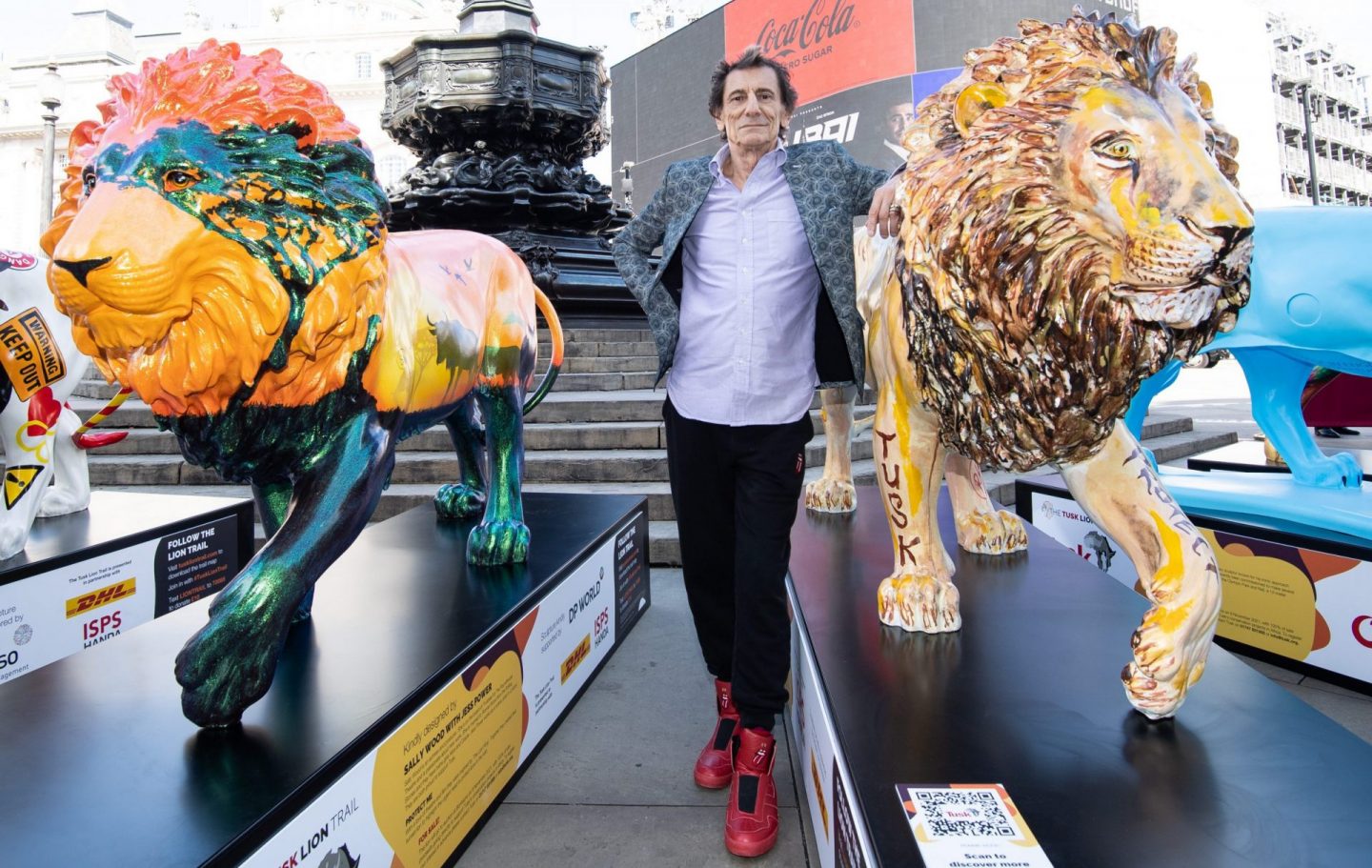 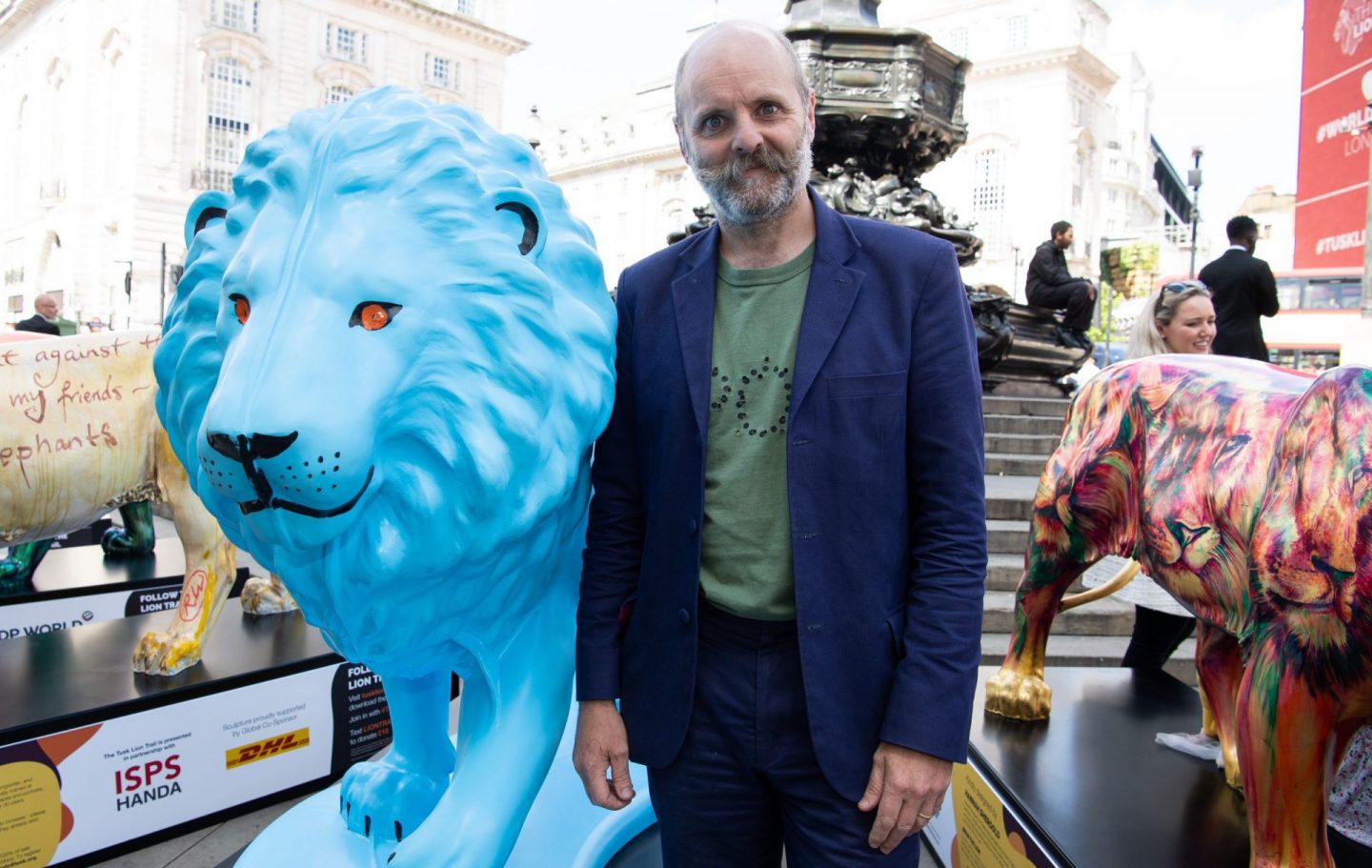 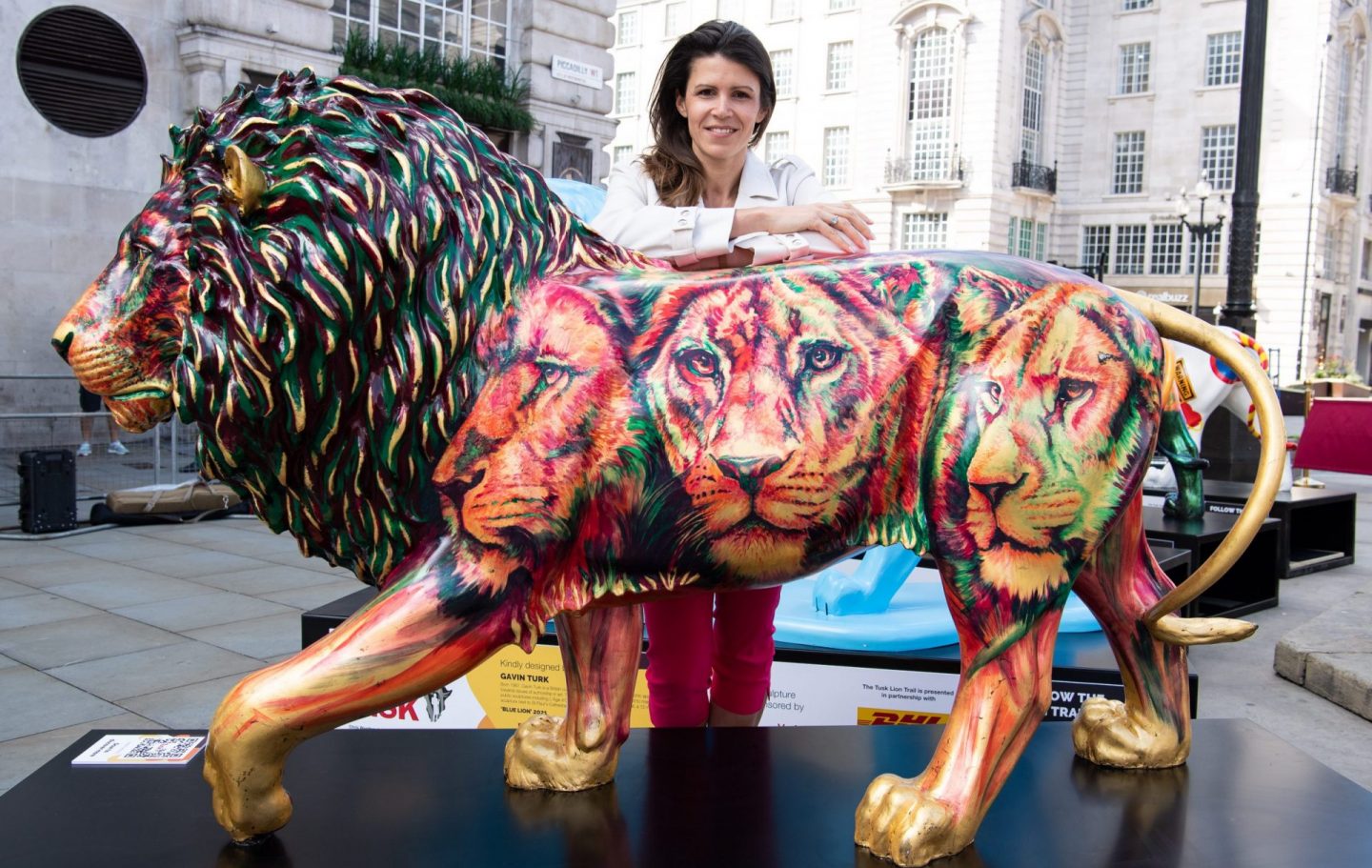 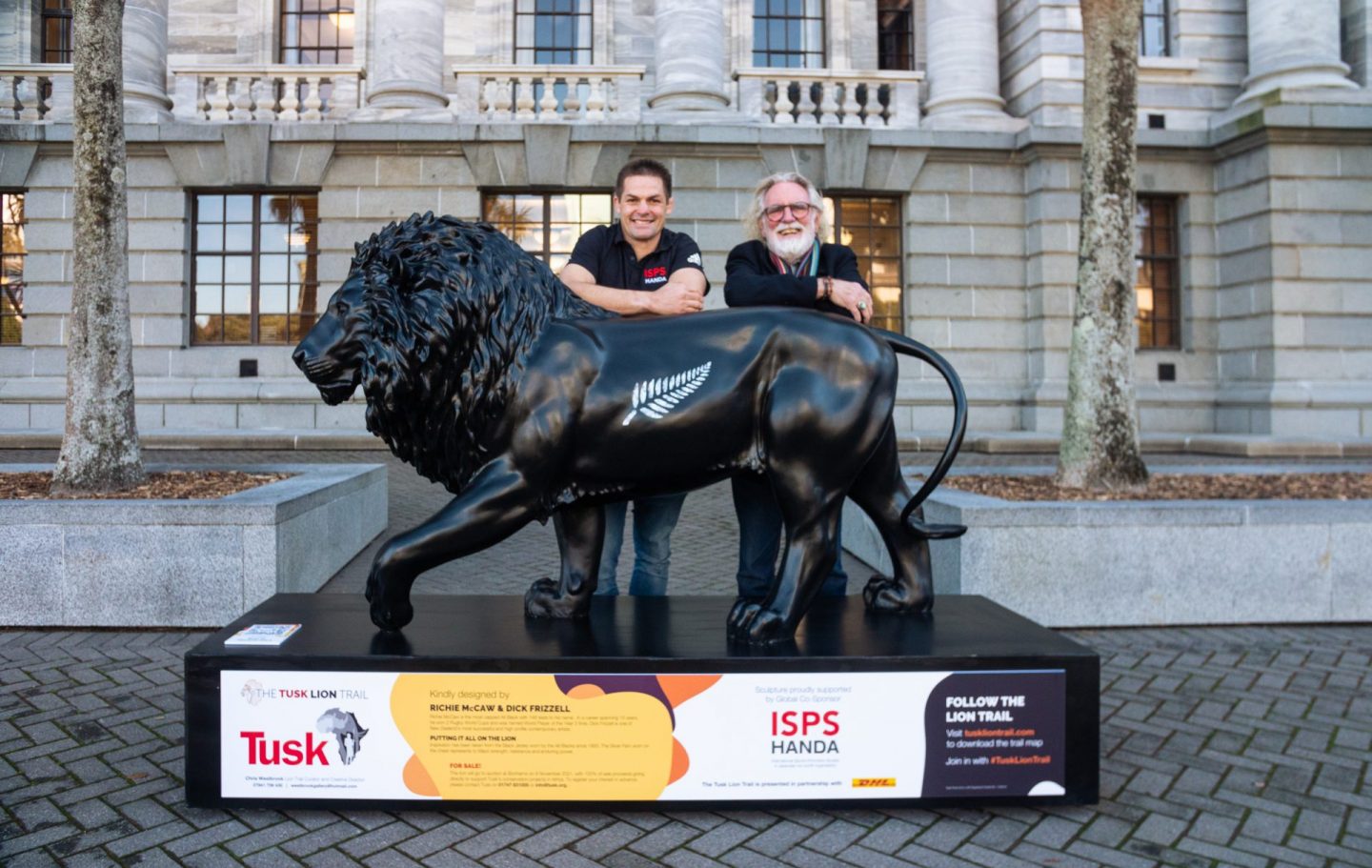 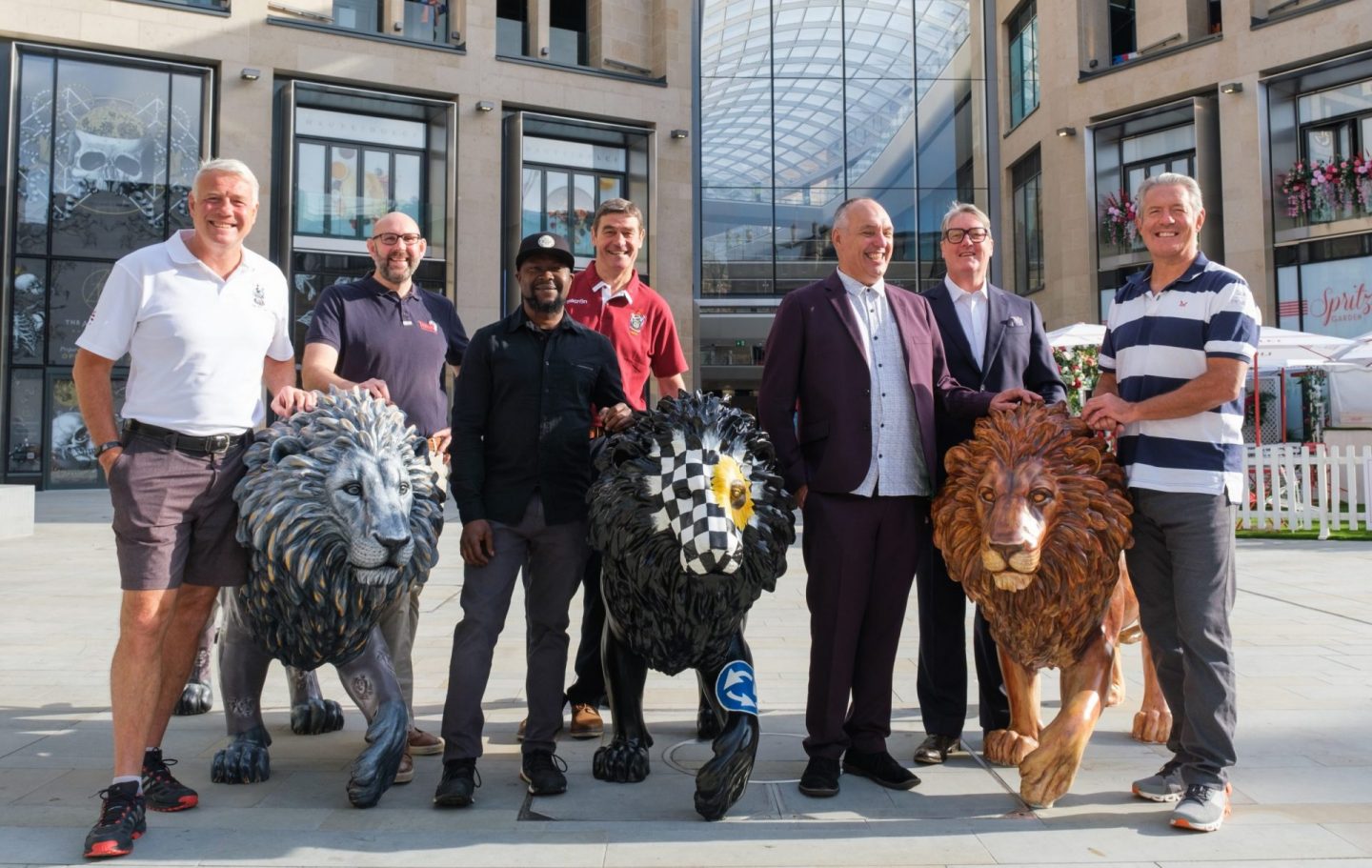