Dubbed one of the top 10 marathons on the planet by Runner’s World, and supported by the likes of HRH The Duke of Cambridge and Eliud Kipchoge, the Lewa Safari Marathon is one of Kenya’s major sporting events.

The annual race usually takes place in the Lewa Wildlife Conservancy, which means participants get the opportunity to run through one of Africa’s most spectacular protected areas, sharing the trails with several with some of Kenya’s most iconic and critically endangered wildlife: Grevy’s Zebra, Lions, Elephants and Giraffes.

Due to the lasting legacy of the Covid-19 pandemic, and in an attempt to help rebuild Kenya’s most vulnerable communities and wildlife, this year’s Lewa Safari Marathon is going virtual on the 26th of June. Entry is now open at lewasafarimarathon.com.

Held in partnership with Lewa Wildlife Conservancy, the unique marathon has raised millions of dollars to fund wildlife conservation and community development in Kenya over the last 21 years. From recovering Kenya’s black rhino population from the brink of extinction, protecting the world’s critically endangered Grevy’s zebra, and providing healthcare, water and improved infrastructure for communities, to supporting Lewa education programmes, the funds this marathon raises are invaluable to thousands across the country.

However, these projects now face perhaps their greatest challenge to date: mounting a recovery plan in the face of a social and economic crises, which could last for many years to come.

So, this year’s Lewa Safari Marathon is going virtual. We’re encouraging runners everywhere to lace up their shoes and join the challenge. Whether it’s 5km, 10km, 21km or even 42km, each stride is a step in the right direction. Entry is free, but all runners are encouraged to donate whatever they can.

“The Lewa Safari Marathon is no longer just an event in people’s dairy, it’s an event in their hearts. It has become part of our culture,” says John Kinoti, Lewa Wildlife Conservancy’s Community Development Manager. “Even though this year we are separated physically, we are still connected emotionally. The Virtual Lewa Safari Marathon is about continuing to transmit this culture of togetherness and inclusion, and help to transform lives.”

Last year, HRH Duke of Cambridge – Tusk’s Royal Patron – took on the virtual challenge. He said: “This is not a race. There is no stopwatch. This is our way of showing Africa’s conservation community that we’re all in this together.”

Marathon world record holder, Eliud Kipchoge EGH, is also a great advocate of the Lewa Safari Marathon and will once again be running this year: “To me, a running world is a happy world,” says Eliud. “Last year, you joined me in a global running movement to support the guardians of wildlife and our natural heritage. This year, we have another opportunity to rally around my Kenyan brothers and sisters as they continue to feel the negative effects of the pandemic. Please join me on the 26th of June, wherever you are in the world, to run The Virtual Lewa Safari Marathon.“

Tusk will be following the event live on the 26th of June across social media, showing efforts from the Virtual Lewa Safari Marathon community across the world. However, this race has no time limit. Participants are welcome to complete their distance any time throughout June, over days or weeks. Join the #VirtualLewaSafarimarathon global community and run wild. 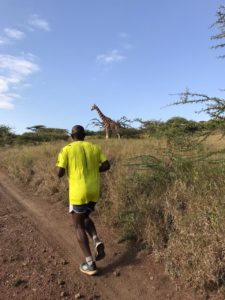 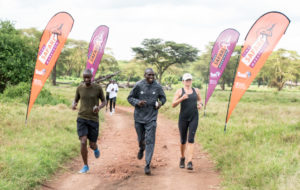